Why is School Spirit Declining? 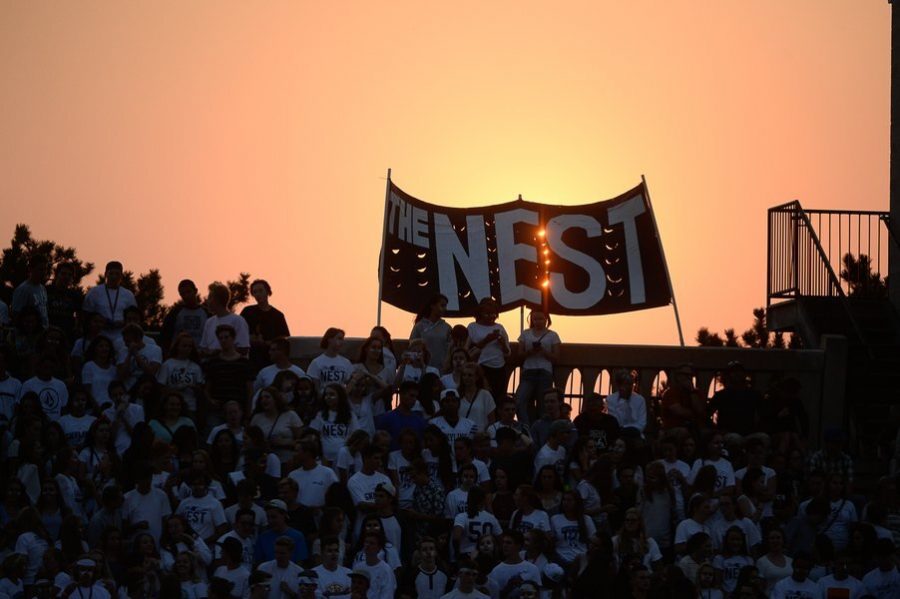 In the last few years, there has been a disappointing lack of school spirit at Skyline High School. Noticeably less juniors and seniors take part in pep rallies and assemblies because they think it is more fun to get food at Einsteins or Cafe Rio. It seems that Skyline students are simply not proud to be Eagles. This is unusual because the school is one of the top ranked public schools in Utah. Skyline is praised for its excellent science, technology, engineering, and math programs, known as STEM programs, and outstanding college preparation. According to Niche, a school ranking website, “58% of students enroll in AP classes.” Skyline is one of the few schools in the Salt Lake area that offers an International Baccalaureate program. It would seem natural for  the students to feel more boastful towards their school. What happened to the school spirit that previously existed? Former Skyline alumni often speak of the pride they felt towards their football team that successfully won four state championships in the 1990s.

Sporting events have also suffered a low turnout in recent years with the majority of viewers being the athletes parents, however, the exception to the low attendance of sporting events are football games. When asked what Skyline sporting events he attended, Skyline student, Daniel Mecham, said, “only the home football games and swim meets, but just because I’m on the swim team.” Friday night games bring students together from each grade, many of whom know nothing about the sport itself. For example, the Skyline vs Springville game on August 23, 2019 involved a large student body fully decked out in Hawaiian themed outfits cheering on their team. It brought hope for a more involved and more supportive school.

School spirit may be inspired by competition with the Titans. At the Skyline vs Springville game, the crowd was heard chanting “We hate Olympus! We hate Olympus!” This is odd because the rivalry school was not even present on the field that night; but it was encouraging to hear the excitable fans.

Unfortunately, other sports seem to be missing out on the hype. To improve athletic performance, it seems that school spirit is the way to go. Many students were completely unaware that Skyline had a hockey team that won state last summer. In addition, the golf team  deserves congratulations for their hard-earned state championship in 2019. Skyline alumni have not yet realized how fun it can be to cheer on their friends. Student involvement and support towards one another would lead to a more enjoyable high school experience.

While Skyline has far to go in terms of school spirit, there is hope for a more enthusiastic student body with a new school year. The Student Body Officers are working hard to boost the school’s moral. Students can make an effort to find out when and where sporting events are happening and support their fellow students. There are also many clubs, assemblies, and school activities to participate in, which can help to increase one’s lacking school spirit and sense of pride.