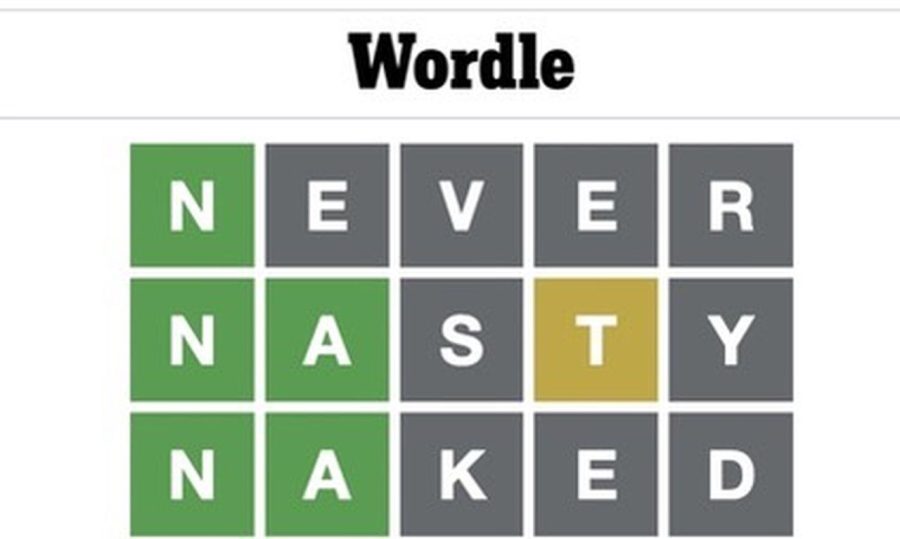 In October of 2021, the game Wordle was created by Josh Wardle and was released to the public. It quickly became a worldwide success because of its fun and competitive nature. Wordle is currently played daily by people all over the world and has become extremely popular in America and has become a sudden hit at Skyline. It was announced on January 24that the New York Times purchased Wordle, but the game will still remain free to the public and a New York Times subscription won’t be needed to play.

Josh Wardle originally created Wordle because he and his wife were interested in the New York Times word games such as various crossword and wordsearch puzzles. He wanted to create a game that was similar to many of the puzzles he had played daily, but he wanted it to be more unifying. He created Wordle in hopes of creating a game that would allow people to have a common interest.

Wordle is a word game where, according to a student at Skyline, “[Each individual] player has six chances to guess a random five letter word”. The student then explained that you can only guess one word a day and everyone in the world is trying to find the same word. Many people feel that Wordle is fun, competitive, and compelling. However, some feel that it can be boring and argue that it is not worth their time.

A student from Olympus High School said, “I have been playing wordle for a while, and it’s really fun.” She went on to say, “I think the idea behind Wordle is great, it’s fun to get to try and figure out what the word is with my friends and to try and be the first one to get it”. Another student from Skyline said, “Wordle is way cool and I think it’s fun and can be educational.” People really have been enjoying Wordle, but some people disagree with these statements. Another Skyline student said, “I don’t totally get why everyone likes it so much, it’s kind of boring because you only guess one word a day. And because it’s become popular, people are always talking about it and a lot of the time, people tell each other what the word is, which ruins the fun anyway.”

Wordle is a great way to just take a quick break from the day. It’s fun to play with friends, as long as they don’t spoil the word. It can be an entertaining and competitive game. Wordle is a great game and the New York Times was smart to invest in this game.