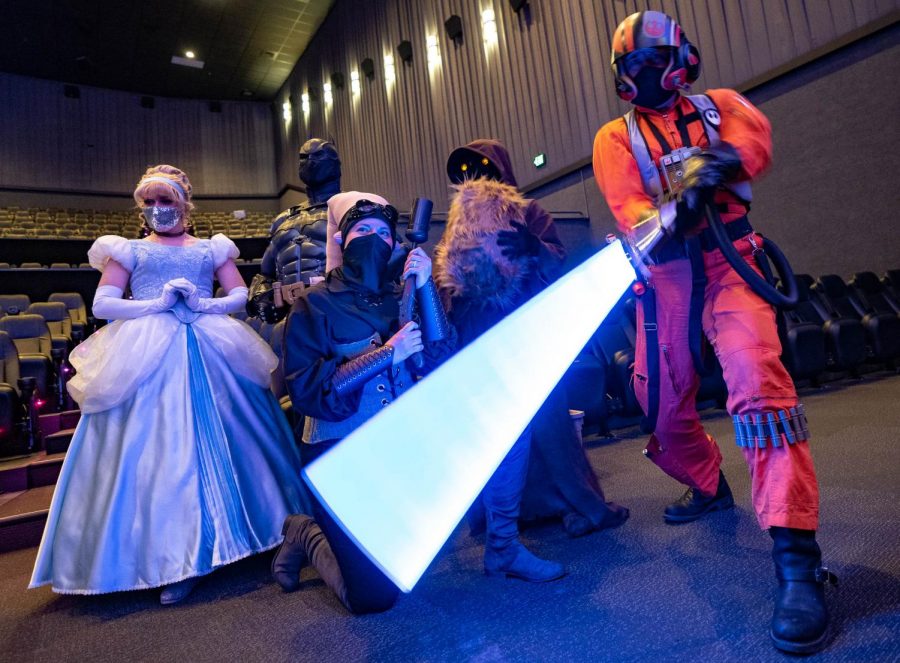 As those who have seen the billboards and incessant online ads are probably aware, FanX occurred from September 16-18. The Utah comic convention was held in the Salt Palace Convention Center and brought in thousands of geeks, nerds, and other forms of pop culture enthusiasts to the celebration of modern fandom.

FanX is an incarnation of the modern Comic-Con, which celebrates all pop culture, from simple indie video games like “Celeste” to the most profitable franchises in the world like “Marvel”. The convention hosted a variety of vendors on the main floor, including part-time artists, charity biker gangs, LARP communities, pride centers, law firms, and Ghostbusters, all of whom set up shop in the massive open space in the center of the Salt Palace.

Although the allure of browsing the booths is what brought many to the convention, the promise of panels was an even greater pull. Panels were hosted by a collection of individuals in a field, such as cosplay, LGBTQI+, writers, artists, or just a collection of fans of a topic who would engage in discussion between themselves and the audience. Those attending could learn more about what they enjoy and even have the opportunity to ask questions of the panelists to learn directly from important figures in the industry.

The main draw of FanX for many attendees lies in the celebrity guests that attend the convention. In a massive pavilion near the back of the main floor is the place where attendees can pay exorbitant prices to meet, take photos with, and get autographs from their idols. Big names in pop culture like Adam Savage, Andy Le, Anjali Bhimani, Christopher Eccleston, Leah Clark, and several more attended this year and offered their professional services of posing for photos and writing their name hundreds of times for fans.

All of this can be found advertised across the FanX websites, billboards, and online ads, but what is not advertised as much is what the attendees bring themselves. Wandering through the halls of the Salt Palace it is common, even expected, to see cosplayers of all skills and passions.

Professionally-made costumes of famous superheroes, obscure magicians, popular villains, and anime protagonists in their spiky-haired glory can be found strolling about, creating casual crossovers no one could expect. This creates a unique atmosphere throughout the convention that can only be described as a celebration of passion. After all, how could someone feel awkward about their fandoms while sitting next to professional costumes of a lord of death, a valkyrie, an anime schoolboy, and Captain America?

FanX was cancelled last year due to the pandemic, and judging from the lines spanning city blocks, people were eager to get back in the Salt Palace for 2021, but it’s back in full swing, giving Utah’s cosplayers another chance to show off their quarantine projects.