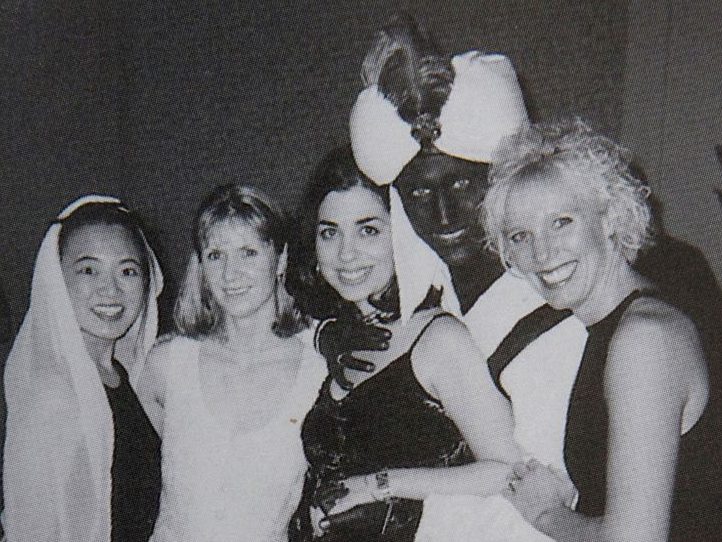 Images of Canadian Prime Minister Justin Trudeau have recently resurfaced, showing multiple incidences of the Prime Minister wearing blackface and brownface makeup. In a photo from 2001, he is seen in brownface at an “Arabian Nights” themed party at a private school he taught at. Since then, two more images have reemerged, one depicting Trudeau wearing dark makeup during high school, and another showing him in full-body blackface in the mid 1990s. This scandal comes forward just five weeks before the Canadian federal election, in which Trudeau will fight for reelection.

After TIME’s publication of the first photo, Trudeau spoke to reporters and apologized, stating: “I shouldn’t have done that. I should have known better and I didn’t. I’m really sorry.” During the press conference, Trudeau was questioned if he had ever worn blackface in other situations, and he responded, “When I was in high school I dressed up at a talent show and sang ‘Day O’ with make-up on.” (‘Day O’ is a traditional Jamaican folk song famously performed by Harry Belafonte, depicting people loading bananas on boats.) A photo from his high school yearbook confirms the incident. However, when asked how many times he had worn blackface, he responded that he could not confidently determine it.

During the conference, Trudeau was asked multiple times if he would resign, and he stated that he is not planning to. “I think there are people who’ve made mistakes … in this life, then you make decisions based on what they actually do, what they did and on the case-by-case basis. I deeply regret that… I did that.” Trudeau plans to continue his campaign for reelection, which was tarnished by scandal even before the photos emerged after Trudeau’s actions led to the resignation of popular attorney general in March.

Within 12 hours of the first and second photo’s release, a third was released by the Canadian Global News — a video showing Trudeau in dark makeup, ripped jeans, and a white t-shirt, raising his hands in the air and making faces. The location and specific time have yet to be confirmed by the source, but it is estimated to have come from the mid 1990s.

However, a senior member of the Liberal campaign confirmed the video did in fact depict Trudeau on Thursday, September 19. The same day, Trudeau spoke to reporters in Winnipeg, stating, “Darkening your face, regardless of the context or circumstances, is always unacceptable because of the racist history of blackface.” He also stated that he had never told anybody in the Liberal party about these incidents because he was embarrassed.

Several Canadian politicians have since criticized Trudeau’s actions, with Conservative Leader Andrew Scheer saying,“Wearing brownface is an act of open mockery and racism. It was just as racist in 2001 as it is in 2019. And what Canadians saw this evening is someone with a complete lack of judgement and integrity, and someone who’s not fit to govern this country.” Scheer is one of Trudeau’s principal rivals for the election next month.