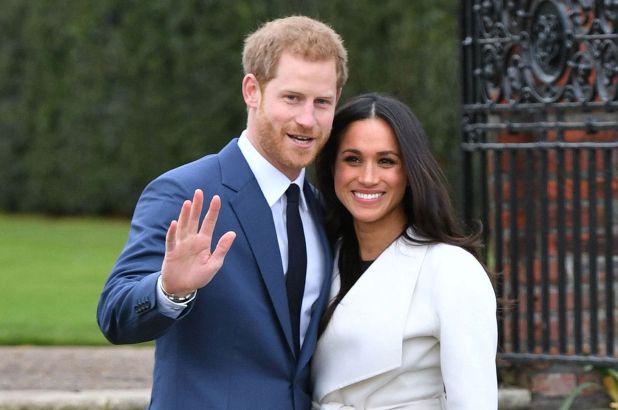 On Wednesday January 8, 2020, newlywed royal couple Prince Harry and Meghan Duke and Duchess of Sussex announced that they will step back from their royal duties as senior members of the British Royal Family. The couple became an official senior royal couple on May 19, 2018.

The Duke and Duchess’ statement to the public was, “After many months of reflection and internal discussions, we have chosen to make a transition this year” they explained to their Instagram following, stating their with to “carve out a progressive new role within this institution.” The couple also stated,  “We intend to step back as ‘senior’ members of the Royal Family and work to become financially independent, while continuing to fully support Her Majesty The Queen.”

According to CNN, Harry and Meghan did not consult any of their British Royal Family members before posting their resignation to the internet. There was a “mood of disappointment” apparently amongst the other senior members of the family as a result of this statement.

The announcement comes after Harry, Meghan and their young son, Archie Harrison Mountbatten-Windsor, born in May of 2019,  were absent from the royal family’s Christmas celebration while spending “extended family time” with Meghan’s mother, Doria Ragland, in Canada over the 2019 holiday season.

Just hours after the Duke and Duchess’ Instagram post, Buckingham Palace also issued a public statement regarding the controversy. “Discussions with The Duke and Duchess of Sussex are at an early stage,” the unsigned Royal Communications statement said. “We understand their desire to take a different approach, but these are complicated issues that will take time to work through.”

One of the many reasons the couple explained their departure was the need for a quiet and more private life, which they have always argued for. They will now spend their time in between North America and the United Kingdom. “This geographic balance will enable us to raise our son [Archie] with an appreciation for the royal tradition into which he was born, while also providing our family with the space to focus on the next chapter, including the launch of our new charitable entity,” they wrote.

The couple will keep their titles as Duke and Duchess of Sussex presumably after signing off their Instagram post with their royal titles. No other royals historically have stepped down from their royal duties. Only few have been abdicated from their title as royalty due to controversy usually involving affairs, however the last time this publicly happened was in 1936 with Prince Edward VIII. No currently working royal has “stepped back” in a similar way.

Many people have hypothesized Prince Harry has wished to step down in partial due to the 1997 death of his mother Princess Diana after an accidental death involving the media, comparing Diana’s treatment to Meghan Markle’s treatment by the press. The couple has not confirmed any of these allegations.