Being Yourself Can Make You Happier 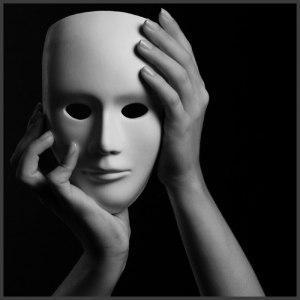 Every morning thousands of students wake up, pick their outfits, and paint their faces with bright smiles and wide eyes. They lace up their shoes and walk, bike, drive to school. They greet their friends- and maybe they talk, or maybe they fall behind to listen. Every one of those students has something in common. They all want to be liked.

Most of those people are acting differently than they would with their parents or their best friends. Instead of being relaxed and happy, they wear a nervous smile and rigid shoulders. Their eyes dart through the crowded hallway searching for those people who they want to make an impression on. They act different, because they are worried that people might reject them. They stand with a half-open face, letting their personality peak out a little, only to pull it back in when someone does not like it.

Acting like a different person might help someone make a few friends, but it won’t make them any happier. John Mason said, “you were born an original, don’t die a copy.” This quote is an amazing motto to live by. There are 7.7 billion people in this world, if only one percent of everyone on this earth likes someone, 75,270,000 people still would. People should stop worrying that other people don’t like them.

Being oneself can have very healthy benefits as well. It makes them happier, because the constant stress of being someone else isn’t hanging over their head. It will also help them be more confident in themselves and their decisions. One of the most important reasons is finding real friends, and not just people who liked a false self.

Why are people like this? Why does everyone have the constant need for likeability? According to Hailey Goldberg, it’s because humans have been doing it since the beginning of time. “Our brains haven’t caught up to the fact that we’re not defending ourselves from wild animals anymore—so we continue to people please.” Humans used to have to work with each other to survive, and to get into a ‘survival group’ they had to please other people.

There are a many reasons to be unique. The people that become one’s friends should not be people who like some facade; instead, they should be genuine people who are drawn to an original and exciting energy. People should be themselves—they’d be happier.