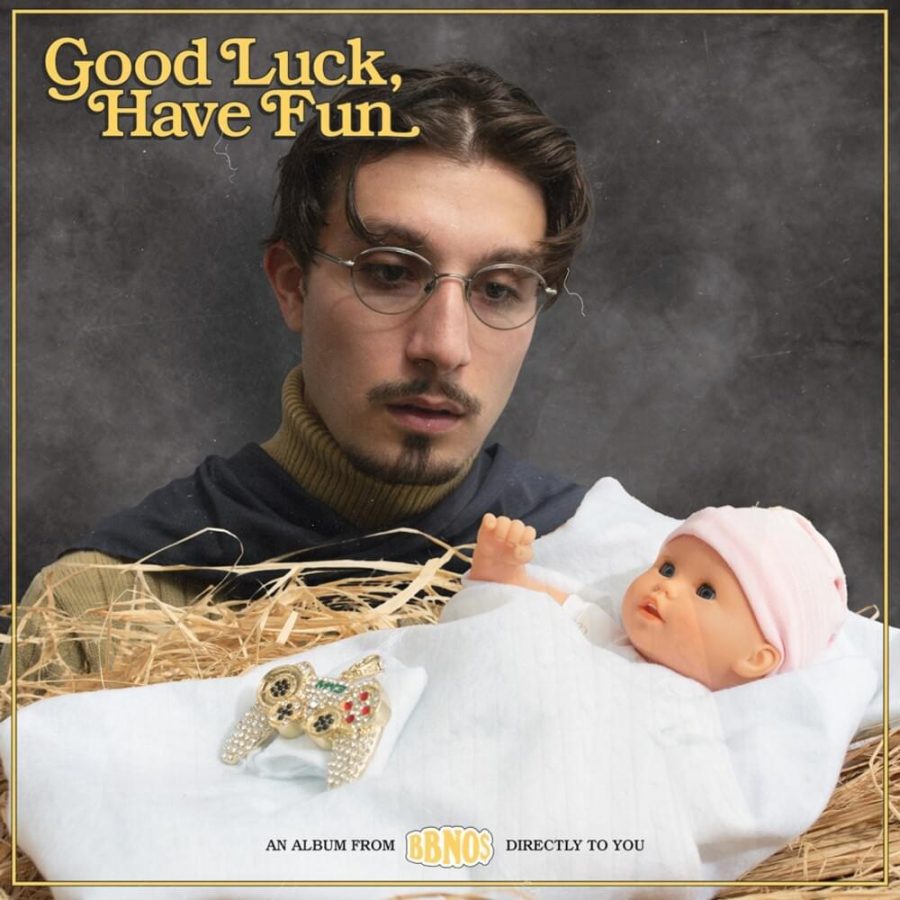 Canadian rapper, singer, and songwriter Alexander Gumuchian, also known as Baby No Money, “Bbno$”, gained popularity from his one hit song “Lalala,” which became a viral song worldwide with over 50 million streams on Spotify in one week. It is about bragging tongue and cheek nursery home rhymes. The musician wasted little time in bringing listeners yet another distinct body of work to embrace. It appears his clout was most prominent with a foot-tapping rock sensibility and ambitious passion that takes listeners back to The Ramone’s “Blitzkrieg Bop.”

On October 9th, Bbno$ released his third album, good luck have fun, with thirteen songs and four features such as Lentra, Crosby, Yung gravy, and TrippyThaKid.

Bbno$ released two singles before the album, which featured Latin grooves in “Jack Money Bean” where Bbno$ and Yung Gravy trade bars as if they are just two friends having fun. As well as “imma,” a testament to the flexibility of his vocal skills, making it unique.

Good luck have fun opens with bass pumping “RGB Money.” It is easy to see why its Bbno$’s beloved cut on the track because of its catchy absurdity that sets the tone and is an important component to the rest of the album. Lentro, Crosby, and Bbno$ unload a funky tackie melody. It’s electric and aggressive with Baby No Money’s fast lyrics.

Bbno$ has not matured in terms of lyrical content or style. Still, he has developed an ability to make hit after hit with his long time collaborator Lentro, especially on “Feeling Good” with a jumping punk beat and screams of, “I’m feeling good I’m feeling great,” that sound more like a pop-punk then an actual rap song. It seems he’s entered a caffeinated phase of his career because “Feeling Good” and his other catchy song, “Man in the Mirror” isn’t what Bbno$ usually sounds like; nobody knows what genre to expect from Bbno$. In songs about himself, Bbno$ combines his charisma with hooks (about being president) and childish energy.

In good luck have fun, Bbno$ sounds funny or familiar. The best songs are the ones where he does a laser focus on a topic. The worst songs are the ones where he mumbles to different ideas and subjects. Good luck have fun is not meant to be taken seriously. Be present and have fun with it as Bbno$ never gives up on dropping multiple albums a year every year since he rose to fame.