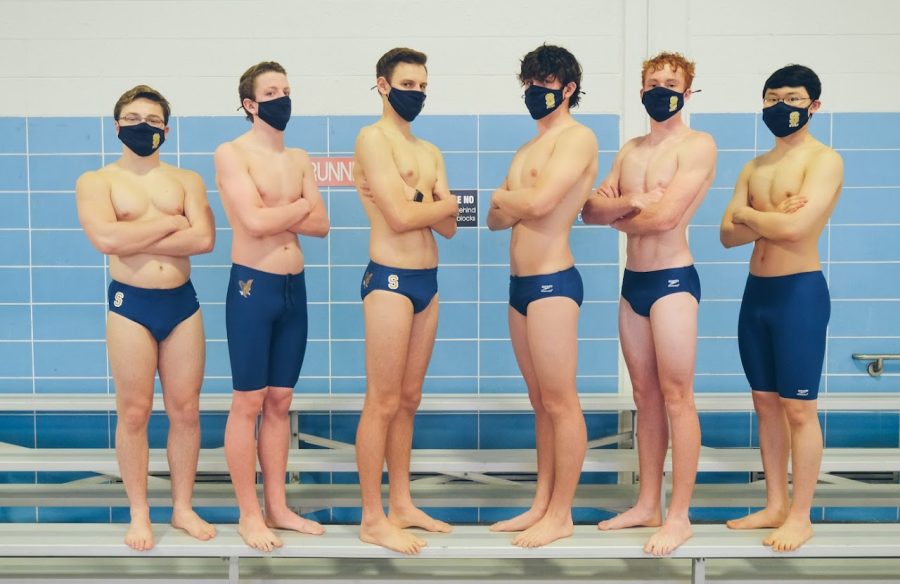 As this semester comes to a close students can look forward to new classes, new people, and the swim team season starting. Both the men’s and women’s swimming season is beginning this month. All swimmers are excited to see how far they can go this season. Swimming is different from other sports in a few ways: instead of games, they have meets. Utah swim teams are different then other state swim teams. The hardest thing to understand about swimming is the point system. Here’s a crash course: while it is a team sport the points are earned individually.  This season will go until the end of January, when teams will compete at the State competition. When swimmers are eligible to go to state it is called lettering. This season starts off with relays in which fourteen members all swim at the same event. This is the biggest part of the meets. This event is the most exciting for the members of the teams, and the crowd alike.

Senior Alan Mo explained his feelings towards his fourth year competing on Skyline’s swim team. Mo is looking forward to the region meet, “because it’s my chance to qualify for state.” Mo was worried about this season. “I don’t want to get injured again because that would ruin my chances.” Last season Mo was sidelined for a week because of a back injury. When asked about his injury he said, “I’m actually still in pain, but I can still swim.”

Katie Baracco, a senior and a member of the women’s swim team for the past three years, was also looking forward to lettering for state. Barracco was nervous about Covid saying, “last year [Covid] shut down our season, and made the way we swim at the meets different.” She was anxious yet exhilarated to go up against Olympus High School’s swim team. “We’ve always had such a tight rivalry,” Baracco elaborated, “at Districts this year Olympus came in first and Skyline came in second.”

Baracco said that the swim team was one of the best experiences she had at Skyline. “It’s really just a great environment to be there.” Barracco shared that some people joined the swim team that had never swam before, and always had a good time. “It doesn’t matter how well you perform, it’s always just a family there.” If you are interested in joining the swim team, Mo’s message is “it’s a good opportunity to meet good people and develop friendships.” He did warn that students should know how to swim before joining the swim team. “It’s not a swim class, it’s training,” he said. If you want to join the swim team you have to be ready to work hard to become as passionate as your teammates about going to state.