Women’s Softball Team Hits The Season Out Of The Park 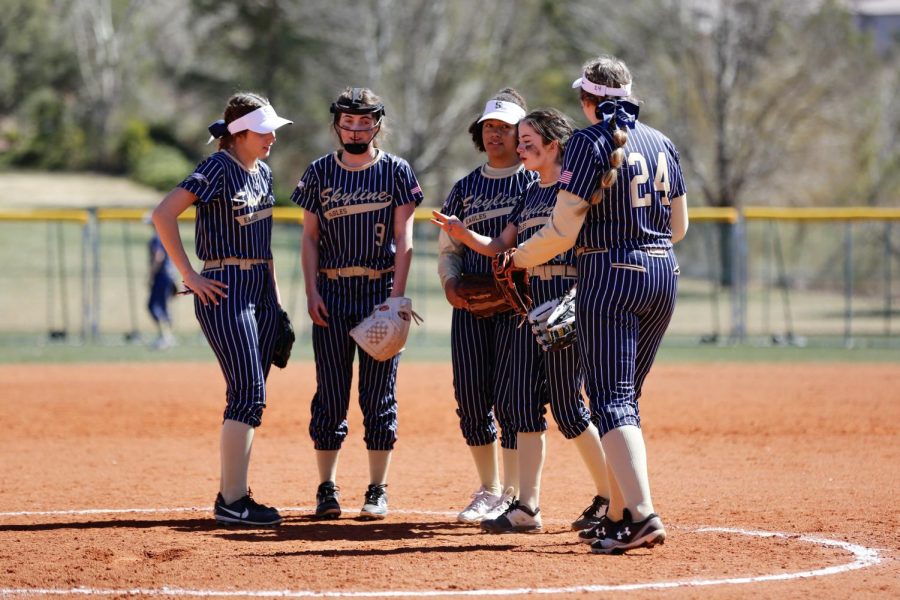 The women’s softball team at Skyline High School has been flying through the season, working very hard to bring home victories and carry the school’s spirit forward. This season, the team has won 7 games, beating Brighton High School with a score of 13-2, and winning against Highland High School at 15-0. This has been a good year for the Skyline team as they have been resilient through the hard times. The team’s close bonds help them to stay resilient and strong as they push through hard times, working together to become state champions.

The team’s power comes from the strong sense of teamwork. The girls continually are there to back each other up. Sophie Dorval, a freshman, said that, “I just like the girls, a lot of them are, like, super fun to be around, like in the dugout and stuff.” This was echoed by Dorval’s teammates. A junior, Claire Carter, also stated how much she liked to be with the team saying that she was most looking forward to “being together as a team, winning, the bus rides, away games, tournaments, all that,” as the season goes on.

Freshman Addison Henninger came from baseball roots, but had to switch over to softball when she got older. When asked if she enjoyed softball more than baseball, she said, “I like softball. I think everyone who plays likes softball. It’s a more positive environment. We all do the same things, so it’s really fun.” Senior Annie Teynor also came from a different background. She was first a soccer player and took on softball as a spring sport. “I love it. It is now my main sport and I’m trying to play in college.”

As the season goes on, all members of the team are looking forward to winning more games, feeling confident in their upcoming victories. At the time of these interviews, the team’s next game would be against Park City. “[Last time we played them] we won, so, we’re walking into this with good expectations,” Carter said. This confidence paid off, as Skyline won 16-5. Teynor also had high hopes for this season, saying, “I’m most looking forward to playing Olympus and beating them.”