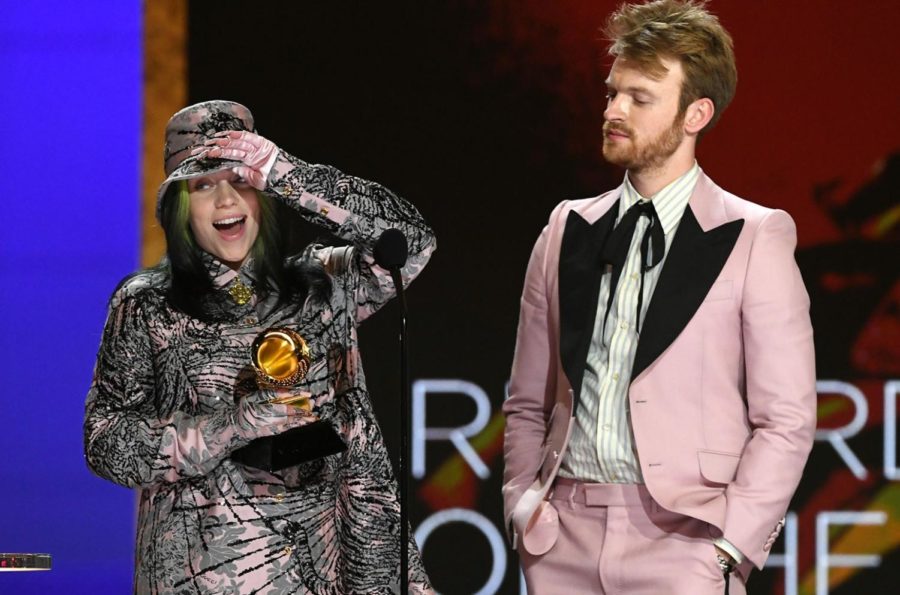 The Grammy ceremony, an annual event presented by the Recording Academy to recognize successful artists, took place on March 14 without a live audience due to the global pandemic. Hosted by Comedian Trevor Noah and held on CBS News, The Grammy’s had  performances from Bad Bunny, Taylor Swift, Dua Lipa, Cardi B, and Megan Thee Stallion. In addition, the 2021 Grammys offered big successes for female artists as Beyoncé won her 28th Grammy, breaking the record for the most Grammys won by a female artist and Taylor Swift left with her 3rd Album of the Year Award. Despite the diversity in this year’s nominees, the award show continues to receive criticism for its snubs towards successful Black, Indigenous, and People of Color “BIPOC.”

According to CBS, Records of the Year nominations included “Black Parade” by Beyoncé, “Colors” by Black Pumas, “Rockstar” by DaBaby, featuring Roddy Ricch, “Say So” by Doja Cat, “Don’t Start Now” by Dua Lipa, “Circles” by Post Malone, “Savage” by Megan Thee Stallion and Beyoncé, and “Everything I Wanted” by Billie Eillish, which ended as the winner. In response to winning the award, Eillish spoke about how fellow nominee Megan Thee Stallion should have won, saying, “I was going to write a speech about how you deserve this but then I was like, there’s no way they’re going to choose me… I was like, it’s hers. You deserve this.” In 2017, Adele, showed similar feelings during an acceptance speech, saying that Beyonce should have won the award in her place for the album Lemonade.

In recent years, the Grammys have received criticism for a lack of diversity. Eillish’s recognition of Megan could be indicative of this deeper issue. Kendrick Lamar, for instance, created three albums that were widely revered, one of which won a Pulitzer Award, yet he failed to ever win Album of the Year, one of the two biggest awards of the grammys– according to The Washington post. At this year’s grammys, The Weekend proved to be another example of the lack of inclusivity within the event, continuing a trend. Despite his wildly successful album, Blinding Lights, and his performance at the halftime show, he did not receive any Grammys or recognition.

The process by which Grammy winners are chosen is under more scrutiny than ever. The award show uses anonymous committees to vote on award nominees. This process allows for the manipulation of votes and biased opinions, all behind closed doors. According to an interview conducted by The New York Times, The Weekend stated, “Because of the secret committees, I will no longer allow my label to submit my music to the Grammys.” In the same article, it was stated that “the last Black artist to take album of the year was Herbie Hancock in 2008, for a tribute to Joni Mitchell, and the last Black woman was Lauryn Hill in 1999.”

That withstanding, those who won an award are talented and the headway made for female artists this year is promising. Recognition for BIPOC artists has a long way to go, but perhaps the criticism will put much needed pressure on those who run the event to make some changes.  Other major awards included Song of Year went to H.E.R.’s “I Can’t Breathe”; Best Pop Vocal Album, Future Nostalgia by Dua Lipa; Best Pop Solo Performance, “Watermelon Sugar” by Harry Styles; Best Music Video,”Brown Skin Girl” by Beyoncé; Best Rap Album and Best Rap song went to King’s Disease by Nas and “Savage” from Megan thee Stallion, featuring Beyoncé; Best Country Album and Best Country Song, Wildcard by Miranda Lambert and “Crowded Table” by The Highwomen; Best R&B Album and Song, Bigger Love by John Legend and “Better Than I Imagined” by Robert Glasper featuring H.E.R. and Meshell Ndegeocello. Best Rock Album and Best Rock Song, The New Abnormal by The Strokes and “Stay High” by Brittany Howard; Best Alternative Music Album, Fetch the Bolt. Cutters by Fiona Apple; and finally, Best Comedy Album went to Tiffany Hadish’s “Black Mitzvah.”