Iconic Picasso Tapestry Gets Removed From the United Nations 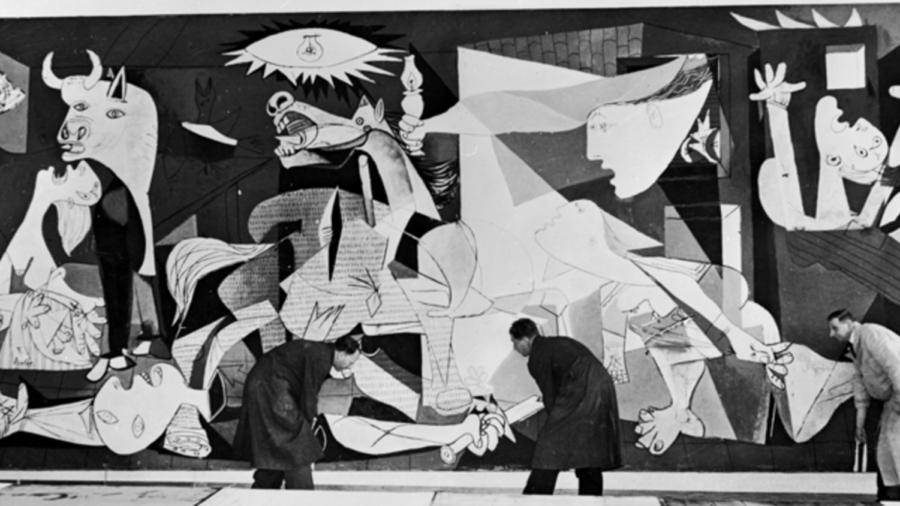 A tapestry replica of Pablo Picasso’s iconic anti-war painting ‘Guernica’ that has been in the United Nations “U.N.” Security Council chamber since 1985 has been removed as of February 22. The tapestry was taken back by Nelson A. Rockefeller Jr, whose iconic American family loaned it to the U.N. in 1985. The tapestry, modeled after Picasso’s 1937 painting of the same title, depicts the horrors of war. It’s often regarded by art critics as one of the most moving anti-war paintings in history, with it being created after the bombing of Guernica Spain by Nazi Germany which killed or wounded one third of the town’s population. The tapestry was commissioned in 1955 by Nelson Rockefeller Sr, and then loaned to the U.N. 30 years later.

The tapestry sat outside of the chamber as a reminder of the goals of the council, stated as “to save succeeding generations from the scourge of war” in their charter. A spokesperson for the Secretary General of the U.N. said, “I feel sad and a sense of loss looking at that empty wall … the tapestry was not only a moving reminder of the horrors of war but, because of where it stood, it was also a witness to so much history that unfolded outside of the Security Council since 1985.” He also said that the Rockefeller family did not give a reason as to why they wanted the tapestry returned, but the Secretary General tried his hardest to keep it there.

The council building has undergone renovations several different times, but the tapestry has always remained in its sacred place to witness history and represent the ideas the council stands for. After its removal, the Secretary General’s Chief of Staff Maria Luiza Viotti wrote in a letter that the U.N.’s Arts Committee will review options for works to replace ‘Guernica’ and cover the empty yellow wall outside the Security Council chamber.