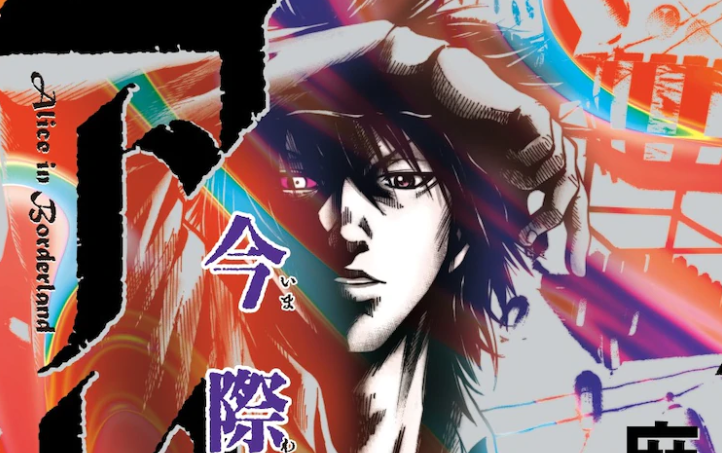 On December 10, 2020, Netflix released a new original show entitled Alice In Borderland. The Japanese horror/thriller show centers around a group of three friends who leave their mundane lives for one that is much more daring, fast-paced, and incredibly dangerous. They are somehow left completely alone in the city of Tokyo until they are led to a building in which they are told that they must play the Game to survive. Others who also somehow ended up in the strange universe are there to participate as well. Unfortunately, not everyone makes it out alive.

The games and riddles that were written are intricate, terrifying, and some are just disgusting. The name Alice in Borderland is inspired by the idea of the playing cards, which is a theme used throughout regarding the theme of the games. Club cards are team games, diamond cards are games of wits, spades are tests of strength, and hearts are games of betrayal.

Although the acting can be a tad over-dramatic at times, it tends to fit the theme of the show. The writing, however, is truly brilliant. There is a complexity and a variety in the puzzles that is difficult to find in many similar movies or TV shows. For example, the movie Escape Room had puzzles that didn’t truly make sense in the context of the plot and would not have worked if one thing in a previous room had gone wrong. These games, however, don’t rely on any precedent, they are simply game after game of physical and emotional growth that tug at viewers heartstrings while simultaneously forcing them to look away from the screen for the fear of what horrific thing might happen if they look at the wrong time.

In the eyes of the critics, Alice in Borderland is just as good as the audience has been saying it is. On Rotten Tomatoes, the show has received a 96% audience rating, and an 80% critic rating. One critic wrote, “The production is slick, the action is well-choreographed and exciting, the games are clever, and the characters are believable as best friends thrust into an unpredictable and dangerous situation.” IMDb rated Alice in Borderland at a 7.8 out of 10 as well.

The show is based on a Japanese graphic novel (a.k.a. manga), and as there are with any book-to-movie/TV show adaptations, there are key differences between the two. Comic Book Resources’ website recommends that viewers of the TV show also read the manga, just to see more games and more scenes that were deleted from the original. One thing that doesn’t change, however, is the peril, the emotion, and the drive of the characters to live.