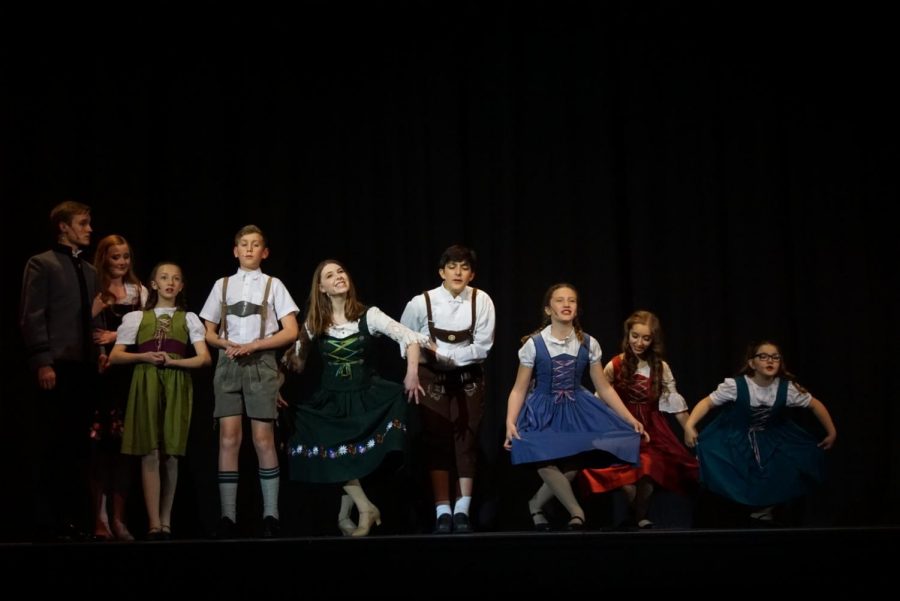 Play production is an advanced audition only class. The students are all ages, from freshmen to seniors. Each quarter the class has a new project that they work on together; last quarter, they created, produced, and performed one acts. A one act is a short play with no intermission, the length varying from 10 minutes to an hour.  Class time is used to rehearse shows, which means coaching, memorization, and blocking. According to the New York Film Academy, blocking is “working out the details of an actor’s moves and position in relation to the camera [or audience].” The students worked on the one-acts for months, rehearsing them over and over again.

One student in the class, Ashley Peterson, talked of her introduction to the class:“when auditioning for the class, I actually had no idea what I was getting into, I thought that it was just an average advanced theater class where you write monologues and play games, but we actually write and produce plays.” Ashley wrote one of the performances herself, and acted in and produced others. When asked about her favorite part of the class, she said that “my favorite part about the class is that it’s very fast moving, and we get to do so many different projects. I love the professional feel of it, it’s really fun.” The class goes at a rapid pace, writing and producing multiple plays in about 10 weeks. Students have to adapt to the fast pace or their plays might not be ready by the time of performance. Another student, Alex Klose, said that her favorite part of the class was “having a lot of freedom to choose what I want to do in theater.” The students can create and perform something that has never been performed before. Ryan Boss said that he loved the people and the fun he had in class.

The play production students received the assignments to write the one acts on the second day of class, and they were due two weeks later. The plots for the one acts varied widely, one about medieval misogyny, and another about a fairytale court. When creating the plot for their one acts, all of the students have different methods. Alex Klose uses the media, using current events, movies, and social media as her inspiration. Ashley Peterson used a dream as her inspiration. Other students use an experience they have come across in their life or something they simply want to write about. Students turned the scripts into the teacher,  Rogan, after the two week deadline.

Brogan Rogan is the theater teacher at Skyline, and according to Alex Klose, he is “really nice and is good at keeping us crazy theater kids on task. He works super hard to direct and produce the different shows we do.” Ryan Boss said that “he is very passionate about the class and does his best to help us all out.” Rogan has a hard job, having to manage and organize all of the students and shows. Rogan directs and manages all of the one-acts.

The students in play production worked very hard to produce their one-acts. They will soon start their new show. Having to write, produce, and perform their plays, the theater kids have a lot to do. The teacher also has a lot of work to do, having to manage both the kids and the shows.