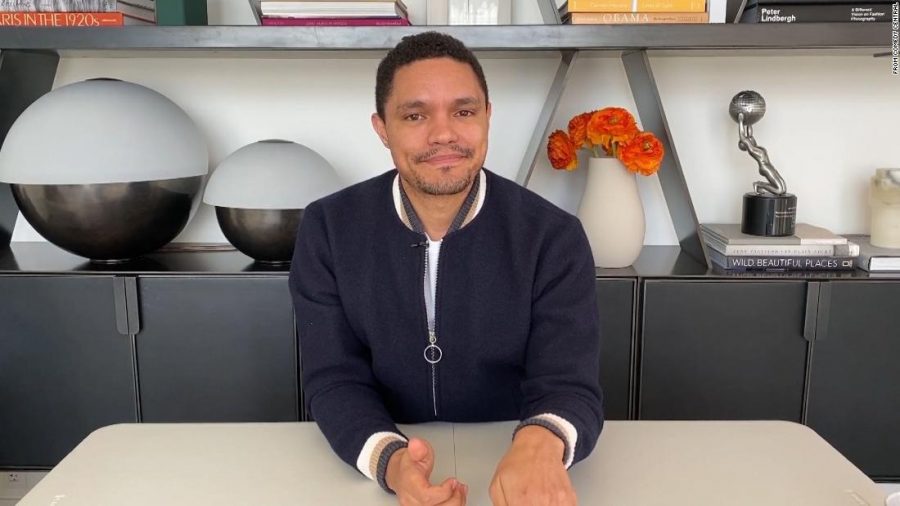 COVID-19 has undoubtedly affected everyone’s lives across the entire planet. From small business owners to nurses, it seems as though most people have had to change their schedules to accommodate for the drastic changes brought on by the fast-spreading virus. One of the world’s primary sources for news is late night talk shows, most of which are filmed in front of large live audiences. Jimmy Kimmel, John Oliver, Jimmy Fallon, and Stephen Colbert are all talk show hosts that have had to find ways around the obstacles presented by COVID-19.

Before the situation was dire enough to force people to stay home, Stephen Colbert had his staff sitting in the empty chairs behind his cameras, each at least one chair apart. Not having the audience there to laugh at his jokes or to have any reaction to anything he said made “The Late Show With Stephen Colbert” feel slightly off. Talk show hosts and comedians like Colbert have timing for their jokes and for the audience’s reactions that make everything flow smoothly. Once the situation with the virus became more serious, Colbert (along with all other talk show hosts) was no longer allowed to work from his studio. However, he simply began to film from home and made light of the situation.

In one episode of “The Late Show With Stephen Colbert”, Colbert was interviewing fellow talk show host John Oliver about his thoughts on quarantine. The two discussed Oliver’s first show from home, which- according to Oliver- went very well. When asked if he missed performing in front of the live audience, Oliver responded “I mean, it’s very nice to have an audience, but I started comedy doing stand-up in England. I am so completely used to delivering jokes to absolute silence…”. Despite the lack of an audience and the lack of their crew, the talk show hosts were clearly looking on the bright side of the situation by enjoying what they have, not what they lost.

Jimmy Kimmel has also been working from home, and has his children singing his intro theme song. On April 2, Kimmel interviewed a cardiology nurse named Kimball Fairbanks who lives and works in St. George, Utah. She had recently been tested positive for COVID-19 and has spent the last week and a half in complete quarantine, without the ability to see her children or to go to work. Kimmel thanked her for putting her life on the line to help stop the virus by surprising her with a video call from Jennifer Aniston, an actress famous for her role as Rachel in the popular TV show FRIENDS and over 40 movies. Aniston surprised Fairbanks with a $10,000 gift card to Postmates (a food delivery service), so that Fairbanks could have any food she wanted delivered to her quarantine location. Her appreciation was evident and Kimmel made sure to let it be known how much he appreciates her dedication to her work.