The Rising Popularity of Nostalgia 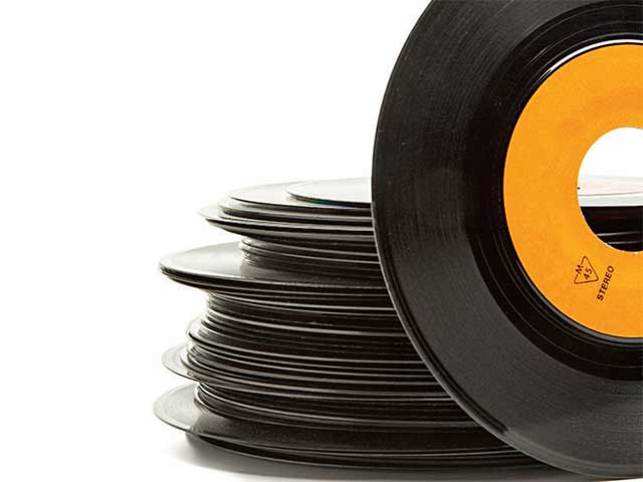 Trends that started and became popular in the 80s and 90s have resurfaced and are becoming more popular in 2019. Mom jeans, scrunchies, sportswear, and fanny packs have become some of the most popular trends of 2019.  Younger generations are listening to older music, and movies from the previous generations are now considered American classics. Analog cameras have made a return and vinyl records have reached record sales. Why is nostalgia for a time they never lived in so popular for Gen Z?

On the forefront of today’s styles are brands like Champion, Guess, Levi’s, and Nike; however, many of these brands were founded years ago. Popular stores today like Urban Outfitters, Pacsun, and Zumiez began carrying these brands more recently which is making them surge in popularity. Many of the brands have created an aim to become more present in today’s pop culture- Champion being one of them. In an interview with Miles Raymer from Esquire, Manny Martinez, Champion’s brand ambassador, said, “My whole thing was to take it from an urban phenomenon to pop culture. Because that’s what I always believed the brand was. That’s what it meant to me as a kid. And that was my mission.” Champion has become one of the most popular brands of 2019, driving its parent company, Hanesbrands’,  revenue up for 10 years.

Recently, people have been choosing comfort over style, or in the case of denim, high-waisted, straight-legged mom jeans over low-waisted skinny jeans. Sportswear from brands like Reebok and Nike are rising in popularity, from windbreakers, sneakers, and fanny packs to track pants, which have recently been seen on celebrities like Hailey Baldwin and Drake. Bright colors, neon, and stripes are becoming ever more prevalent in every aspect of fashion, too.

Television shows from these years were groundbreaking, bringing us some of the first sci-fi shows, classic sitcoms, and anti-heroes on TV. In sci-fi, The X-Files (1993), Twin Peaks (1990), and Star Trek: the Next Generation (1987) all gathered huge followings. The Fresh Prince of Bel Air (1990), The Golden Girls (1985), Full House (1987), and Cheers (1982) brought some of the most iconic, lovable characters of all time to the world.

Many, if not all, of these remain a staple in America. Ferris Bueller’s Day Off provided some of the most iconic quotes of all time, The Fresh Prince of Bel Air opening credits are some of the most recognizable, and Blanche, Rose, Dorothy, and Sophia of The Golden Girls are still printed on t-shirts.

Recently, analog technology has made a comeback. More photographers have been choosing film cameras over digital. During an interview with Independent Australia, photographer Kate King said, “Film definitely tells more of a story because you have to frame the shot and you don’t want to waste film…. You really capture the moment in time.” Most photographers that shoot film would agree, too. They also believe that shooting in films creates more authenticity and appreciation for the art form.

In the early 2000s,  vinyl LP sales were heavily outweighed by CDs. As the 2010s approached, vinyl began overtaking them, and going into 2019 many stores are choosing to carry vinyl over CDs. New artists are beginning to press their music on vinyl, but older albums are selling just as well as the new ones. Vinyl sales have been steadily rising for almost ten years, and that trend will most likely continue for years to come.

For Gen Z (the post-millennial generation), it’s a combination of influence from their parents and millennials. Generation X, the parents of Gen Z, grew up in the mid 80s and 90s. Because of this, parents raised their kids on what they grew up with- for some, it’s Bon Jovi, The Police, and Prince. For others, it’s Run-D.M.C, Salt-N-Pepa, and A Tribe Called Quest. No matter what, Gen Z is beginning to have nostalgia for those things their parents loved. They’re watching movies, listening to music, and wearing clothes that both their parents and millennials did recreating a culture many missed out on.

One Response to “The Rising Popularity of Nostalgia”