‘The Social Dilemma’ Movie Review; Through The Eyes of a Gen Z-er 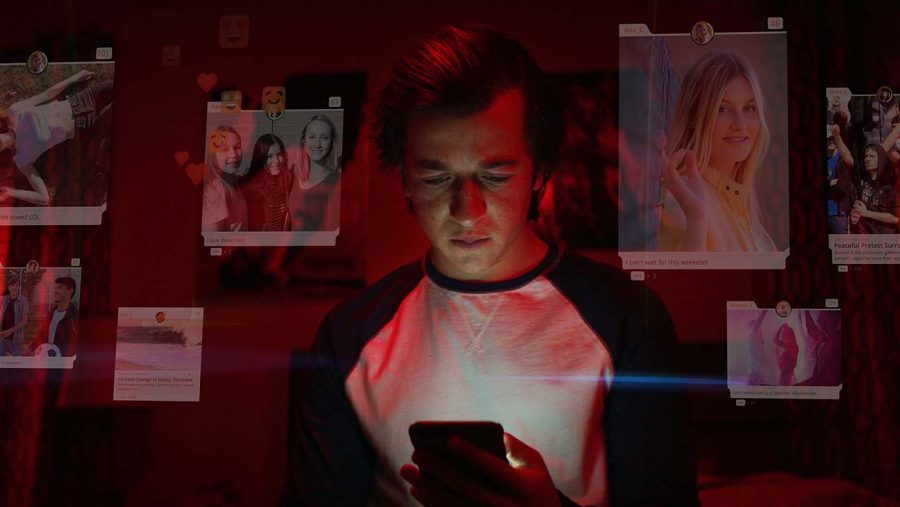 I’m writing this review in a coffee shop. There’s me, typing on my computer, checking my phone every few minutes, observing. There’s the girl next to me, her computer is open but has fallen asleep, and out of the corner of my eye, I see the scrolling of her Instagram feed. There’s the couple in front of me, who I find the most notable.  I’m heading towards my second hour, third coffee, and since they got settled in their booth seat about an hour ago neither of them has looked up from their phones. To be honest, if asked a week ago, I would’ve disregarded all of the observations I just disclosed. I would think: It’s the way the world works, and continued on with my day, however, after being a part of the first student audience that got the privilege of experiencing the film, “The Social Dilemma” directed by Jeff Orlowski, my whole perspective has changed.

I haven’t had social media since the end of my tenth grade year when I was released from the mental hospital. I promised my parents that I would delete all platforms and use my phone solely for what it was meant for, communication. Today, two years later, I can honestly, transparently say that my life has become more positive, more clear, and more productive since I made that decision two years ago. After seeing this film the notion that I had, that I was one of the lucky ones of my generation, was completely and utterly confirmed. All this being said, the film was just as frightening even though it doesn’t directly affect me currently. In fact, at one point during the movie I had to step out and take a deep breath as I came to terms with the information this film was giving me about the detrimental effects social media would have on my peers, my generation, and my future.

The film turns what most call “rumors” about social media into firm facts through the elegant use of statistics, documentarian interviews with tech giants from some of the most renowned technology companies in the world, and perhaps most powerfully, the personal story of a family being ripped apart due to the inescapable addiction to social media. The film gracefully explained the existential threat social media poses to humanity, the threat that most of your favorite social platforms, i.e. Snapchat, Instagram, Facebook, etc., know that they are posing, and yet pose it anyways for the sole purpose of their own personal profit. The film forces the viewer to contemplate the ethics of humanity during the technological age and the limits that will be pushed to exacerbate the most unattractive aspect of human nature: greed.

By the end of the film I was shaking, I had chills. I wanted to throw my phone off a balcony and scream at the creators of the technology that was taking away my future, my 12-year old sister’s future, my friends’ and family’s’ future, I wanted to scream and yell and fix it all, and yet I can’t. However, I can raise awareness about the man-made monster that will follow my generation straight into the ground, if not for an entire societal change. And maybe, just maybe, with the help of millions, billions we can fix the problem that is terrorizing the entirety of humanity.