A Look into One Year of Civil Unrest in Lebanon 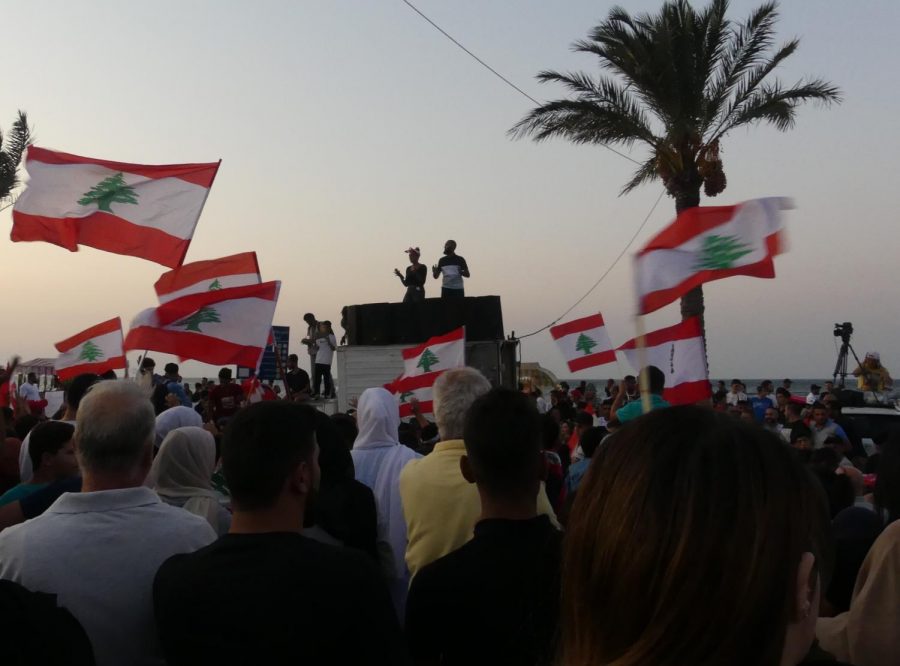 After more than a year of protests in Lebanon, President Michel Aoun reappointed Saad Hariri—the Lebanese Prime Minister who was pushed out last January—Prime Minister this October 22 to the dismay of anti-government protestors. According to CNN, Hariri has been tasked with rebuilding the Lebanese government; however, his efforts have been slowed by the powerful Hezbollah militant group.

Lebanon’s internal tensions have been rising for many years, but they came to head in October 2019 when citizens went to the streets over value-added taxes that targeted Voice-Over IP services (like FaceTime), Gas, and Tobacco, according to the BBC. These October protests led to Hariri’s resignation and continued for many weeks after. The initial protests lasted eleven weeks, stopping for the first two weeks in January.

The taxation issue was one catalyst for the protests, but, for many years, issues of sanitation, unemployment, a weak Lebanese Lira (their currency), and government corruption have whittled down the citizenry’s patience. Before the taxation issue sparked intense protest, many Lebanese had already taken to the streets after their government failed to contain and extinguish fires in culturally significant forests.

In late 2015, protests emerged from governmental mismanagement of garbage collection. Piles of waste covered the streets of Lebanon. Further issues have plagued the country for some time. Since the Lebanese Civil War (1975–1990), clean drinking water has been unavailable except through bottling companies. The Lebanese electric grid is also weak: according to Al Jazeera, a “generator mafia” controls the electricity by operating a network of illegal gasoline generators that produce high levels of pollution.

The myriad of issues facing Lebanon have made Lebanese from all over the political and religious spectrum join in protest. They demand a government of specialists and experts rather than one of political loyalists.

In January, Prime Minister Hassan Diab formed a new government filled with specialists, “technocrats,” to appease the Lebanese. However, the protests did not subside, as many activists believed that the formation of the new cabinet was over-controlled by political groups, according to Voice of America.

Protests continued in February for various reasons surrounding the new government. The COVID-19 pandemic furthered the unrest in Lebanon as the poorly working government tried to contain the spread of the virus. According to The Daily Star, the Lebanese Lira continued to lose value during the pandemic. For the next few months, protests focused on the failing economy and the inaction of the government. Then, on August 6, a massive explosion in Beirut reignited the Lebanese people’s anger towards their government.

The Lebanese government has been in a perilous position since the early Beirut explosion. After the explosion, then Prime Minister Diab and his cabinet all resigned on August 10. Mustapha Adib replaced him as Prime Minister but failed to form a new cabinet and resigned. So, Diab became Prime Minister once again, only to be replaced by Hariri.

After a year of protest, the Lebanese grassroots uprising has shaken up the government’s sectarian system, but, according to CNN, without a political presence, the movement cannot make serious change.