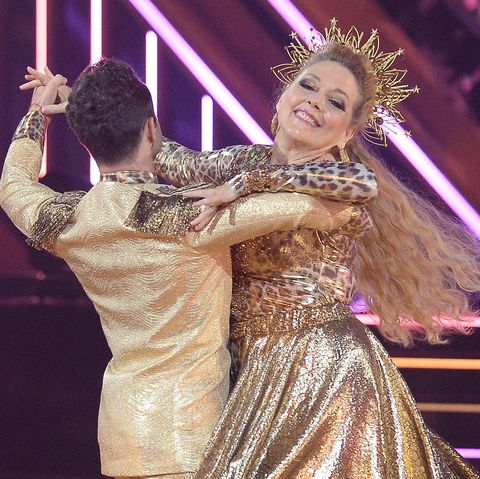 Carole Baskin, age 59, the CEO of Big Cat Rescue in Tampa Bay, Florida, has been cast in the latest season of Dancing with the Stars on ABC. As expected, this caused quite the controversy. Baskin is best known for her role in Tiger King, a tell-all featuring Baskin and her rival Joseph Maldonado-Passage, or “Joe Exotic” as he is better known.

The premiere aired Monday, September 14, 2020. During Baskin’s debut a commercial was aired by her late ex-husband’s assistant, family lawyer, and three daughters. Don Lewis had gone missing in 1997 and was declared dead in 2002. During the commercial the Lewis family asked for any information on the cold case and offered a whopping $100,000 reward for any information pertaining to Lewis’s disappearance. In addition, they asked specifically if Baskin herself was involved.

Baskin was accused by Maldonado-Passage of foul play connected to Lewis’s disappearance during an episode of Netflix’s  Tiger King. Maldonado-Passage, who is now serving a sentence in federal prison for 17 counts of animal abuse and two counts of murder for hire, specifically accused her of killing her husband and feeding his remains to a tiger.

According to TMZ, Baskin feels that the knowledge of the commercial directly impacted her confidence during the debut and that it “prevented her from bringing her best performance”. The Lewis family made their stance on her being in DWTS very clear, stating that her participation in the dance competition is “grossly insensitive”.

According to the Washington Post, Baskin was likely casted by ABC because she attracts a lot of attention from the media from her role in Tiger King. ABC also casted controversial Selling Sunset star Chrishell Stause, likely for the same reason.

Baskin appeared onstage in her full cat-lady glory dancing with DWTS pro Pasha Pashkov. The two danced the paso doble to “Eye of the Tiger” by Survivor, clad head to toe in Baskin’s signature tiger print. Whether Baskin’s confidence was affected or not, she got the lowest score of the night at 11 out of 30.

Dancing with the Stars judge Bruno Tonioli described her performance as “dull”, but stated that she’d be back next week. Many fans of the show will likely vote to see her on the cast again seeing as she has been a source of comic relief and drama in the past.