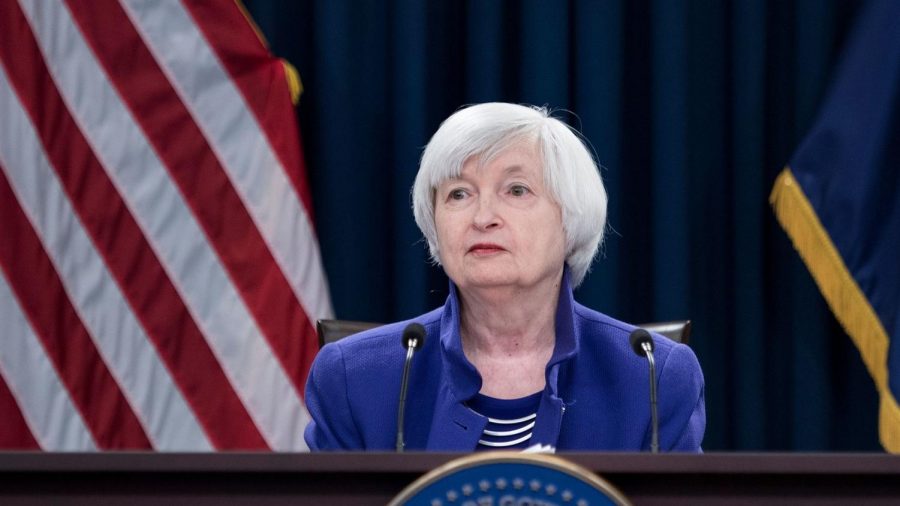 Janet Yellen is a woman who has been able to satisfy the balance between the Democrat and Republican parties with her economic brilliance. Yellen formerly held the chair of the federal reserve and is now president-elect Joe Biden’s choice for U.S secretary of the treasury. This choice has been referred to repeatedly as “genius” by some sources, including CNN and NYT.

If accepted, Yellen will become the first woman in an unending chain of men to hold the position of U.S treasurer- a chain that ends now. It is impressive that Yellen is so close to accomplishing something so vital to the continuation of women’s reputations and rights. Yellen, regardless of politics, is a prodigy of economics, as well as a woman willing to pave a path through thick dust for others down the road.

Yellen is as well-versed in economics as Virgil in poetry. She is able to balance her policies relatively well between the two primary parties in the United States, a difficult job to complete unmitigated. However, Yellen seems to be the bridge that America needs during such an unprecedented time which has pitted Democrats and Republicans against each other.

Yellen is the President of the American Economic Association, which is an association that conducts considerable research on the American Economy and practices economic measures. Yellen also held the chair of the federal reserve, a position that required her to head the central bank of the United States of America. If she is issued as Secretary of the U.S she will be expected to provide economic assistance and advice to the United States, namely taxes, bills, and money. To put it simply, she would be in charge of the economic state of the United States, a responsibility which cannot be taken lightly.

While Yellen may be better equipped than most, she is still stepping into an arduous position during an arduous time. The face of COVID-19 stands in stark contrast against the American economy, and Yellen must face an economic struggle that hasn’t been so challenging in decades. However, the New York Times doubts she isn’t capable of facing the challenge, “She served as a top economic adviser in the Clinton White House. She was among the first economists to spot the housing bubble. And as chairwoman of the Federal Reserve from 2014 to 2018, she helped navigate the country through the last major financial emergency.” With her experience, virtuoso, and ability to make peace with both sides, Yellen isn’t an unskilled choice to undertake the position of the U.S secretary of the treasury.