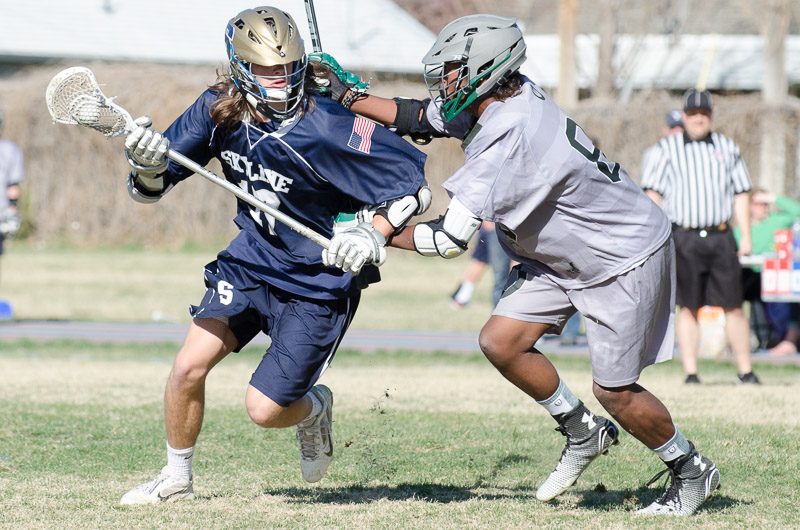 Lacrosse is now a Sanctioned Sport

Lacrosse is now a well-known sport, and most people know someone who plays. Though in the state of Utah, high school lacrosse has never been sanctioned. However, lacrosse will officially be sanctioned in 2018-2019 thanks to the Utah High School Activities Association voting to sanction lacrosse for boys and girls. This news has Craig Morris, UHSAA athletic director, thrilled: “It was pretty exciting. We presented way back in October or November, and it’s just making its way through the process since then. After the vote, we walked out of the room and said, ‘Did this really happen?’ We’re thrilled.”

Since lacrosse for boys and girls will be sanctioned, what does that mean for players? It means that these athletes get funding for their sport like all other athletic teams. They also will be a normal sport that many kids at schools will go watch and support, like football or basketball. It also means that lacrosse players can get physical education credit for playing their sport – no more unnecessary gym classes. Sanctioning could even help bring new players to the incredible game.

Craig Morris states, “We just think this will help recognize the kids who are currently participating. It will help grow the game, and it will give more kids the opportunity to play the sport we love.” Some players have played for years and can not believe it is finally sanctioned. Most Lacrosse players play for years, not expecting it to be sanctioned by the time they graduate.

Lacrosse is still a new sport and is growing all over the United States. In fact, it’s only sanctioned in 14 states: California, Colorado, Connecticut, Delaware, Florida, Georgia, Illinois, Massachusetts, Michigan, Minnesota, New Hampshire, New Jersey, New York, and Ohio. Now six more states, including Utah, are sanctioning the sport. Washington, Kentucky, Indiana, Missouri, and Oregon are also on their way to be sanctioned.

Not only are the high school coaches excited, but the college coaches too. Coach Mason Goodhand from the Westminster Lacrosse Team said, “I would say it’s been 24 years of the game bringing good things to the community. We knew, just like all the other states, once we had all the support systems in place, this would be the next big jump. We’re very excited the high school activities association is ready to jump in. I think the game can’t grow faster than the support mechanisms. If you don’t have coaches and you don’t have referees, you don’t really have a quality sport. It’s taken this long to get the girth of the sport where it needs to be.”

Lacrosse has taken a lot of convincing and joining of players to become sanctioned. The UHSAA Executive Director Rob Cuff said, “There are a lot of different sports we can add, that’s why our board takes these proposals very seriously. I know there are factors and hurdles for the schools so I can’t speak for them, I think looking at the way lacrosse is being supported at a youth level and also at other states that have lacrosse, I think it is certainly a popular enough sport that they’re going to have a lot of teams.”

When lacrosse is sanctioned in 2018-2019, make sure to go check out a game. Maybe you’ll even be interested in trying out.