Recycle Right, or Not at All 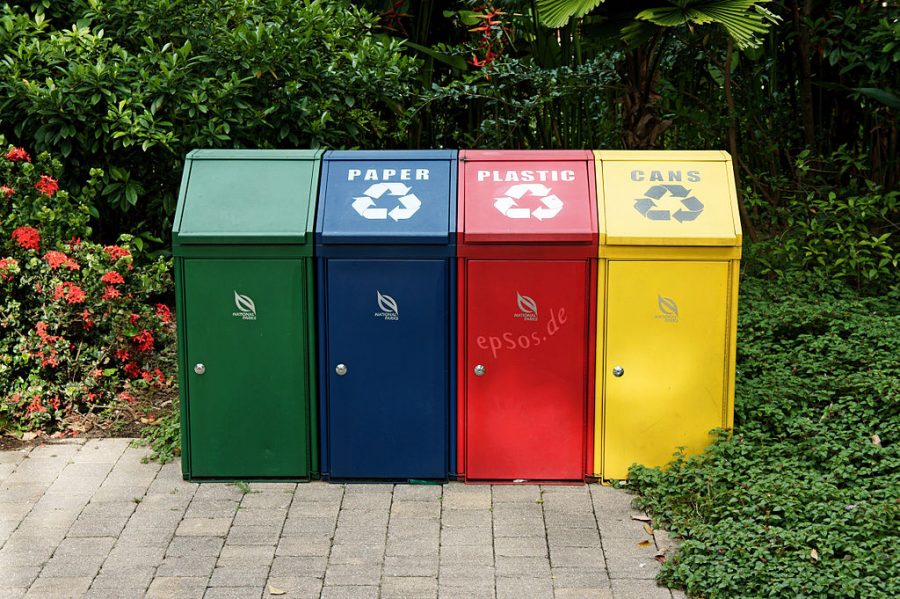 Many people know the importance of recycling, but few have been made aware of what happens after students throw their homework assignment into the blue bin or if that bottle is really recycle-worthy. Few know about the inconvenient complexities of recycling or the barriers and inconsistencies in the recycling process; most people merely understand that recycling is laudable, which is insufficient when the what, why, and how remain a conundrum.

In the article entitled, “A Whopping 91% of Plastic isn’t Recycled,” from National Geographic, author Laura Parker states that Americans produce approximately 66 million tons of recycling per year. This staggering amount has become increasingly unmanageable since August 2017, when China, who used to take the majority of U.S. recycling, created a ban against “foriegn trash” including paper, textiles, and plastics. The effects of the ban didn’t sink in, however, until 2019. This is due to the fact that prior to 2019, the momentous weight of western trash was accepted onto the shoulders of other south-east countries.

Just after the ban, these countries accepted the task of sorting through recycling, but as it piled up, it became too immense of a burden and they began sending it back. Now, the U.S. has to deal with their own trash, a chore for which they are unprepared.

In an article from The New York Times entitled, “Your Recycling Gets Recycled, Right? Maybe, or Maybe Not,” author Livia Albeck-Ripka wrote, “Western states, which have relied the most on Chinese recycling plants, have been hit especially hard. In some areas,…Oregon, Idaho, Washington, Alaska and Hawaii — local officials and garbage haulers will no longer accept certain items for recycling, in some cases refusing most plastics, glass and certain types of paper. Instead, they say, customers should throw these items in the trash… Recyclers in Canada, Australia, Britain, Germany and other parts of Europe have also scrambled to find alternatives.”

As a consequence of the incomprehensible amount of recycling, US storage facilities cannot contain recyclables; they are destined for the landfill. Accordingly, when paper recyclables cannot be properly stored, they create unintended hazards during wildfire season.

A study conducted by a peer-reviewed journal, Science Advances, discovered that, of the total amount of plastic manufactured, 8.3 billion metric tons, 6.3 billion metric tons remain unrecycled, an astounding 91% of all plastic. This correlates to the prediction, “oceans will contain more plastic waste than fish, ton for ton,” by 2050.

One of this causes of wasted plastic is incorrect recycling.  In a video by NBC News called, “U.S. Faces Recycling Crisis After China Rejects American Recyclables,” Clearwater Florida’s Director of Solid Waste,  Earl Gloster, was asked whether it would be better to recycle wrong or not at all.  He replied, “It is better for people to not recycle at all because it costs us more money when they recycle wrong.”

Now, the question remains, “How does one achieve efficacious recycling?”  Firstly, In order to recycle bottles correctly, the plastic lids and rings need to be thrown away.  Secondly, there are disposable coffee cups; these should not be recycled as they have water proof foam that has proven difficult and expensive to break down into usable raw materials.  Any items that are soiled, should be thrown away, which is why it is important to wash out plastic containers.  Anything tainted by food can ruin an entire batch of recycling, this includes the bottom of a pizza box. Albeck-Ripka writes, “Approximately 25 percent of all recycling picked up by Waste Management is contaminated to the point that it is sent to landfills.”

While it is good to recycle right and throw away the things that are unready or non-reusable, the best thing an aspiring-recycler can do is avoid creating any recycling at all.  This can be done with reusable water bottles, reusable shopping bags, and metal straws.  When made aware of the importance of effective recycling and utilizing reusable items, it is possible for everyone to help make the planet a healthier place.