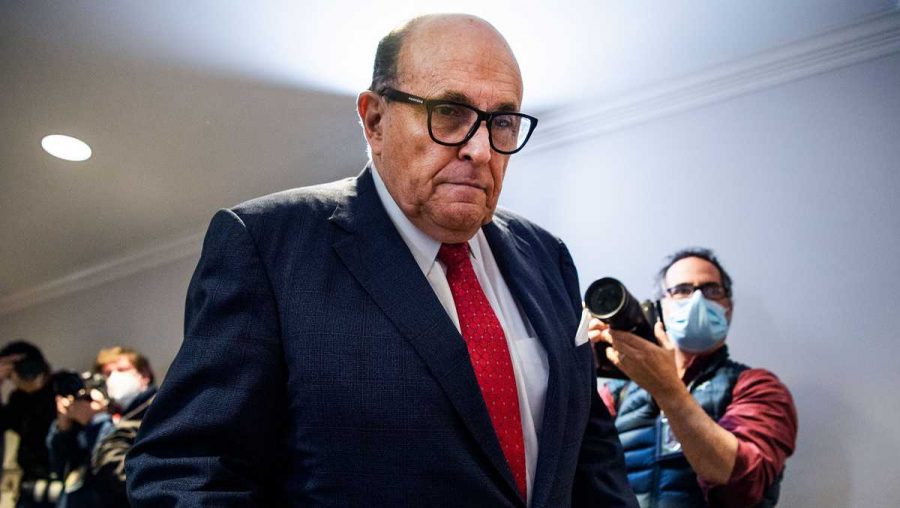 On Sunday, December 6 President Donald Trump tweeted out that Rudy Giuliani has tested positive for Covid-19. According to an anonymous source Giuliani has been admitted to Georgetown University Medical Center. He was seen maskless at a legislative session in Michigan on Wednesday and at a hearing at the Georgia Capitol on Thursday. It is not clear if he is experiencing symptoms of the virus at the moment. Boris Epshteyn tested positive on November 25 after being seen with Giuliani, but it is not confirmed if Epshteyn gave it to him.

There have been multiple instances of Giuliani downplaying the virus and not taking it seriously. He has criticized President-elect Joe Biden for wearing a mask and has even asked a witness to take off their mask during one of his hearings. In an interview with fox news he claimed that the virus is a hoax after Trump tested positive for the virus, he has also said that what Biden thinks is science is “nonsense.”

Several republican Anti-mask lawmakers have tested positive in the past and even after they get the virus they are still anti-maskers. Even Trump tested positive and still claimed that it is a hoax after he had to be in the hospital for it. These anti-maskers claim that the science behind masks is fake even hundreds of scientists around the world have claimed that masks make a significant difference to stop the spread of the virus.

Giuliani is among one of the 21 known people in Trump’s inner circle to contract the virus, including Trump himself since September 26. These cases may not all be connected but they all show how careless these people have been and shows their lack of respect for others. After so many people in the White House have tested positive they still do not take the virus seriously and they still continue to not wear masks.