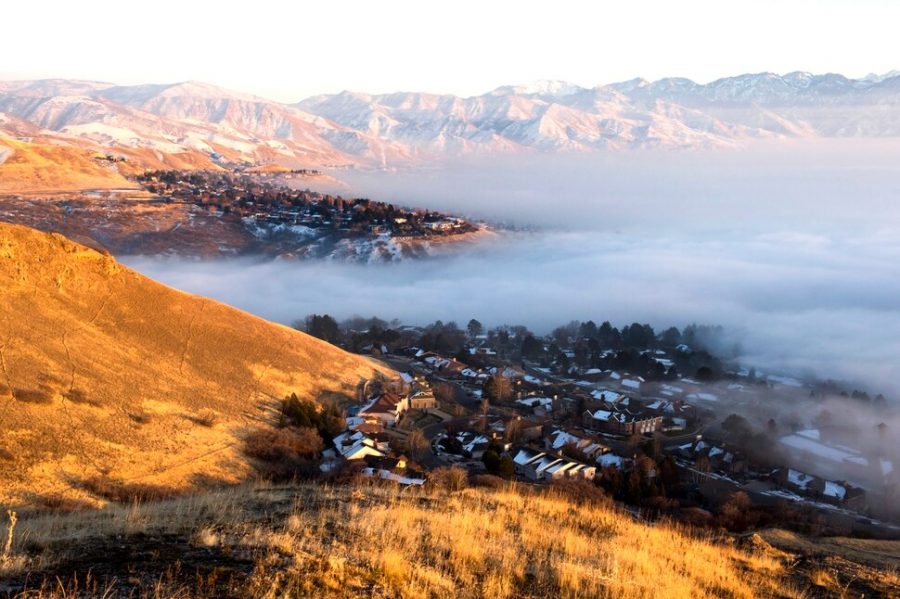 In recent years, Salt Lake County’s harmful inversion has been a source of concern for the health of those living in the valley. With the majority of Utah citizens residing along the Wasatch front, many are likely to fall victim to the harmful effects of poor air quality.

Inversion can have a drastic, negative effect on the health of those who are exposed to it on a regular basis. Fine particulate pollution can be inhaled and become lodged in the lungs. Exposure to air pollutants can cause coughing, wheezing, shortness of breath, and even asthma and bronchitis. The elderly population and those affected by heart disease or asthma are particularly at risk during inversion days.

While Utah has the lowest rate of tobacco users, the state still has a moderate rate of lung cancer patients. According to the Salt Lake Tribune, Gary Ewart, an official with the American Thoracic Society said, “This […] sort of justifies that [air pollution] is a concern, and defines what those concerns might be leading to.”

The severity of Salt Lake County’s inversion is a direct result of the unique geological formation of the valley. Outside Magazine contributes this to “the region’s terrain [is preventing] that bubble of cold air from draining away, and the mountains stop winds from easily scouring it out and ushering in fresher air.” Because cold air is denser than warm air, “inversions occur when cold air gets trapped in the valley and a layer of warm air seals it from above.” During January and February, pollutants regularly become stuck in this layer of air.

Daily weather reports for the public use the Air Quality Index or “AQI.” It runs on a scale of 0 to 500, with higher numbers indicating greater health concerns. The AQI focuses on five major pollutants: ground-level ozone, particle pollution, carbon monoxide, sulfur dioxide, and nitrogen dioxide. Values over 150 are generally considered unhealthy for the population. Currently, Utah ranks among the worst states on the AQI.

According to the Centers for Disease Control and Prevention, 50% of air pollution in urban areas is a result of motor vehicles. Many cities in the west, Salt Lake City included, are designed in a way that endorse personal driving over public transport. Recently, highway overhead messages on Interstate 15 and Interstate 215 have been advising carpooling to help combat the issue. Utah Clean Air, also called UCAIR, recommends taking the UTA Frontrunner or Trax for daily commutes.

UCAIR also discourages the usage of two-stroke engines on lawnmowers and slowblowers. The organization emphasizes that “the small choices we make at home affect the air.”

Luckily for Utahns, air quality has improved in the last decade. Nonetheless, there are still many things we can do to help reduce air pollution in our community.