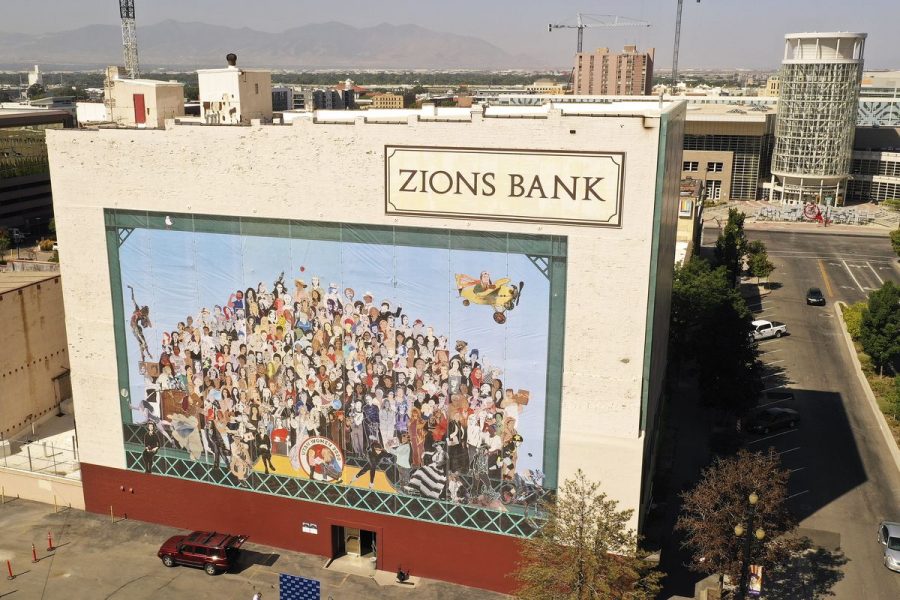 A brilliant new mural was revealed to the public on August 26 in downtown Salt Lake City honoring the work and contributions of Utah women to society. The mural features almost 300 influential women, which have all been painted a giant wall. According to Jennifer Weaver from KUTV, the mural was designed by Jenn Haworth, the co-founder of a Beatles’ album, and features women like Mary Jenson, who was the Utah mayor of Salt Lake City.

This mural was created for the purpose of celebrating the talented and amazing Utah women, some of whom are still alive. Now that this mural was commissioned, the women will live on in the minds of Salt Lake’s pedestrians forever.

This mural made a prominent mark on many people’s moods when it was released, as it paid its due respects to the women whose faces now shine in bright paint. This project is important for the continuing struggle for equal women’s rights, which has been pressing forward against patriarchy for centuries on end. The mural was celebrated for women’s rights day, and demonstrates that many powerful and artistic Utah women deserve the spotlight just as much as their male counterparts.

The mural can be found on the Dinwoodey building in downtown Salt Lake City, and is almost 5,000 square feet of colored paintings of progressive women. The women who were included in the mural were chosen through a voting method, and 250 winners were chosen to be painted.

The artist was Alex Johnson, who painted the mural, but it was worked on by many people in the Salt Lake City community together to gather ideas and make it as best they could. The mural was titled “Utah Women 2020” and serves as a beacon of light in a time where it is oftentimes difficult to see good news amongst all the bad.

This beautifully crafted mural is not only bright and pleasing to look at, but also holds real significant value for Utah women who have carved the path for younger generations. This mural serves the important purpose of preserving their legacies and fueling inspiration for women to come.