A Glimpse At The Hong Kong Protests 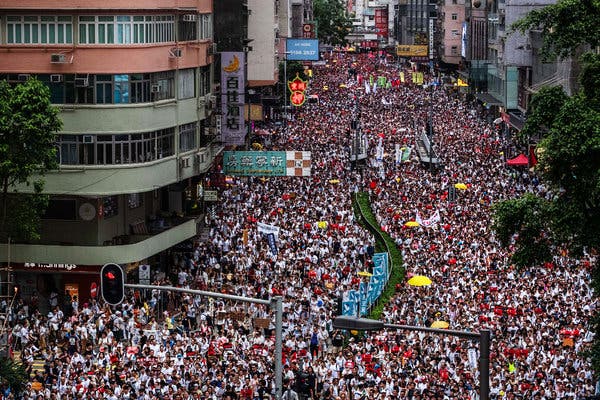 On March 31, 2019, protests in Hong Kong erupted. So far Hong Kong citizens, also known as “Hong Kongers,” have shut down the Hong Kong International Airport for multiple days, stormed into countless government buildings, and marched through the streets of Hong Kong.

The Hong Kongers are protesting a bill called the Extradition Bill. This bill is an updated version of a past law. The past law in Hong Kong did not require Hong Kong to give the Chinese government possible suspects or criminals. Hong Kong has voluntarily handed over certain criminals or suspects to China in the past, but shortly afterwards, China stopped submitting requests.

If the new bill passed, it would force Hong Kong to involuntarily hand over possible suspects or criminals. According to CNN, if the bill passed it would, “open [Hong Kong] up to the long arm of mainland Chinese law and that people from Hong Kong could fall victim to a different legal system.”  Therefore, Hong Kong citizens are asking to establish an extradition plan with Taiwan only.

One main reason Hong Kong does not feel like it should have to follow this law is because Hong Kong does not view themselves as a part of China. Hong Kong has its own currency, political system, and culture. The legal system in Hong Kong is very similar to the British legal system. Hong Kong has a policy they call “one country, two systems”. This policy protests the rights of the citizens of Hong Kong. Many of the rights they have, Chinese citizens do not have, such as the freedom of speech or the freedom of the press. For the most part, the protests have been peaceful. The protests became less so when the riot police tried to clear the protesters out. The riot police are pulling people’s masks off, throwing smoke bombs, and shooting rubber bullets at the protesters. This created a rise in protesters, and they now fear losing their anonymity.

If a protester was to be identified after their mask was taken off, they could risk losing their job. Many protesters are forcing news reporters and bystanders to delete pictures that may reveal who they are.

They are referring to it as “white terror”. White terror was a term used to describe mass purges in Asia during Revolutionary China. According to a protestor interviewed by KIMT3, “you will feel it [white terror] when you post something on Facebook and think you could be accused of being a terrorist…”  People are going as far as breaking street lamps for fear they may have cameras or other smart sensors inside of them.

No one knows how long the protests will go for. There doesn’t seem to be an end in sight.