A Look Into the Paris Climate Agreement 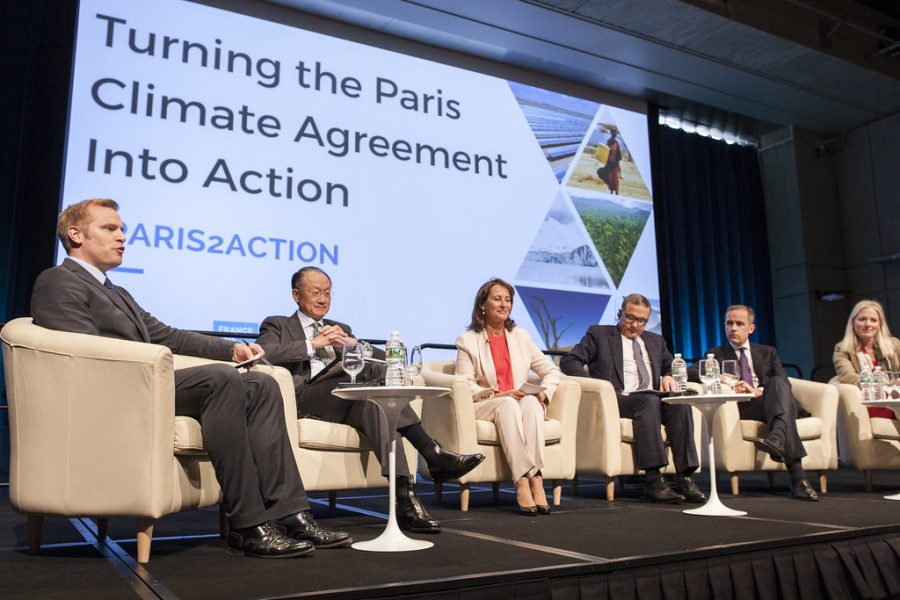 On January 20, as one of his first acts as president, Biden recommitted the United States to the Paris Climate Agreement. The urgent accord, focused on limiting global warming, will officially readmit the United States in thirty days.

According to the United Nations, the main goal of the Paris Climate Agreement is “to limit global warming to well below 2, preferably to 1.5 degrees Celsius, compared to pre-industrial levels.” The United Nations delves into how the Paris Climate Agreement requires countries to commit to a five year “economic and social transformation” and make plans to reduce their greenhouse gas emissions. The Council of Foreign Relations emphasizes how global warming “could bring environmental catastrophe to much of the world, including staggering sea-level rise, record-breaking droughts and floods, and widespread species loss” if it were to continue at its current rate.

The Natural Resource Defense Council reported that, after the Obama administration had committed the country to the agreement, “on June 1, 2017, President Donald Trump put that future in jeopardy by announcing his plan to withdraw the United States.” Some people believe that the Paris Climate Agreement is ineffective at controlling global warming. According to the Council on Foreign Relations, “most experts say the Paris Agreement will not be enough to prevent the global average temperature from rising 1.5°C.” However, even when Trump withdrew from the accord, there were still numerous U.S. organizations focused on climate change. This includes America’s Pledge and We Are Still In.

The United Nations Framework Convention on Climate Change meets yearly to prevent dangerous human interference with the environment. As soon as 2030, the Paris Climate Agreement could ensure that zero-carbon solutions would “be competitive in sectors representing over 70% of global emissions.”

NRDC noted that 189 nations have solidified their commitment to the Paris Climate Agreement. As of 2021, the only nations whose greenhouse gas emissions are over 1% who have never ratified the agreement are Turkey and Iran. The United States (which contributes to 15% of the world’s greenhouse gas emissions) has not been a part of the Paris Climate Agreement for four years. BBC states “the US will have to rebuild trust after being out of the climate fold for so long.” Many individuals feel that the United States set a bad example by leaving the climate agreement. For example, NPR reported Helen Mountford, the vice president for climate and economics at the World Resources Institute, said that the country “should be at the forefront of global efforts to stave off the climate crisis.”