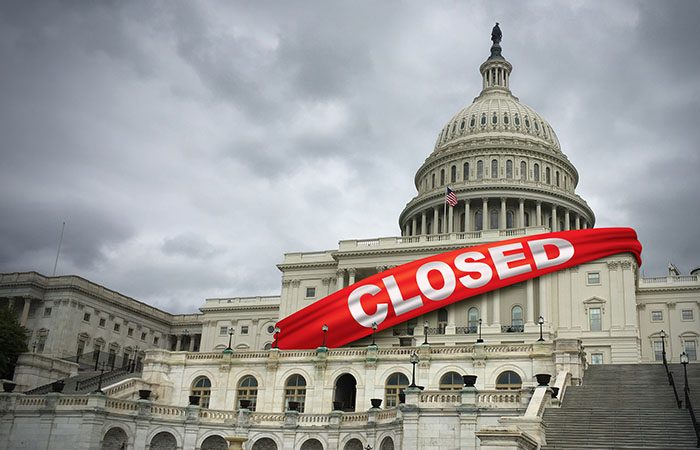 During the government shutdown that lasted from December 22, 2018 to January 25, 2019, nearly 800,000 federal employees went without a paycheck. Since most of these people depend on a monthly paycheck to sustain themselves, many companies stepped up to provide help for the government workers.

As the government shutdown prolonged throughout January, many government employees began looking for ways to make money. A Facebook group called the Government Shutdown Swap had more than 200 federal employees selling personal items such as purses, motorcycles, and jewelry to pay for food and rent; while, more than 1,800 GoFundMe pages for federal employees had been set up. Seeing this going on, many companies decided to help the employees by offering a variety of items and services. Different places offered meals, help with rent, and financial assistance.

Many restaurants and food-related companies began offering free or discounted meals to government employees during the shutdown. World Central Kitchen, a non-profit organization that helps with disaster relief, set up a pop-up restaurant that served free, daily meals and to-go items to D.C. employees who were being affected by the shutdown. According to Steven John of the Business Insider, Potbelly, a national sandwich chain, made an announcement on January 22 that “all federal government employees could purchase buy-one-get-one-free sandwiches at any of their stores from January 23 to 27.” John also wrote that Kraft Heinz, the fourth largest food and beverage company, established a pop-up store that gave out bags of Kraft cheese and “various other products” from January 16 to the 20, as long as government ID was provided.

Along with these food organizations, many companies that rely on monthly customer pay offered discounted items or alternative solutions. AT&T, Sprint, Verizon, T-Mobile, and DIRECTV all offered flexible payment options to their customers being affected by the shutdown to help them keep their phone, television, and internet services. According to Monique D. Madan and Howard Cohen of the Miami Herald, American Homes 4 Rent, FirstKey Homes, Front Yard Residential, and a few other renting companies “[were] offering deferred rent payment options with no late fees to any renter who has been furloughed.” Banks such as Bank of America, Chase, and Wells Fargo offered financial assistance or hardship programs, while credit unions like FedChoice, the Congressional Federal Credit Union, the Navy Federal Credit Union, and the U.S. Employees Credit Union offered various interest-free loans.

With all of the stress federal workers faced during the shutdown, many places of entertainment offered discounts for a time of relaxation. Madan and Cohen also wrote that “several South Florida museums [were] offering free admission to guests with a valid federal employee ID.” These museums consisted of The Bass Museum of Art, The Wolfsonian-FIU, The Jewish Museum of Florida-FIU, Pérez Art Museum Miami (PAMM), and the Vizcaya Museum and Gardens. These museums allowed federal employees to take a break from the havoc of their living conditions and enjoy some time for themselves. They showed that companies that work with day-to-day situations are not the only ones willing to offer a hand.

So, while the government shutdown was straining on many people, the help provided by the many companies and non-profit organizations gave some a bit of relief. Situations like these show that even when the government is in complete shambles, people can come together to help others in times of need.

One Response to “Businesses Help Federal Employees During the Government Shutdown”