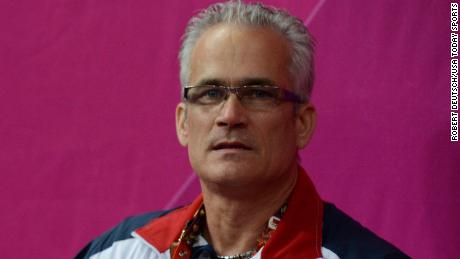 On February 25, Former US Olympic gymnastics coach John Geddert was found dead hours after being charged with 24 felonies associated with abusing gymnasts. Geddert, age 63, was supposed to be arraigned in Eaton County Michigan at 2:15 p.m.

Geddert’s image of training was a type of constrained child labor. Examiners said he abused youthful competitors through his training “techniques” and threatened them into performing for his own benefit. Geddert owned a gymnastics club outside of Lansing, where many women testify.

Geddert was first investigated in 2018 by law enforcement when the women’s gym team doctor, Larry Nassar, was a convicted as a sex offender. Nassar, who accused Geddert of having abusive coaching behavior, is now spending time in jail for child pornography and abusing youthful female gymnasts.

Many gymnasts in the program said that Geddert’s severe and harsh training pushed them to go to Nassar for his personality and comforting character. This drove Geddert  to disregard the gymnasts’ trust and sexually abuse them. “When we learned of the charges against Geddert, it felt like a big sigh of relief. It was something that we’ve been waiting for for many years,” ex Gymnast Sarah Klein, a first known victim, said in an interview with Week Edition Sunday. She said Gedderts suicide is an “escape from justice” as the suicide upset many of his victims.

After Geddert’s death, USA Gymnastics told ABC News, “We had hoped that news of the criminal charges being brought against John Geddert would lead to justice through the legal process…Our thoughts are with the gymnastics community as they grapple with the complex emotions of this week’s events.” John Manly, a survivor attorney for multiple female victims, stated that the human trafficking charges from Geddert could avert more coaches and teachers from abusing students or athletes. “It’s an important step in child protection,” Manly said in a phone interview with New York Times. “It tells the other John Gedderts that if you do this, you will be held accountable.” Geddlerts death made the United States put more pressure on gymnastics organizations to find ways to stop exploitation in the sport, as anybody that is viewed with respect and trust by their community as Geddlerts was can target individuals who have less power than them.