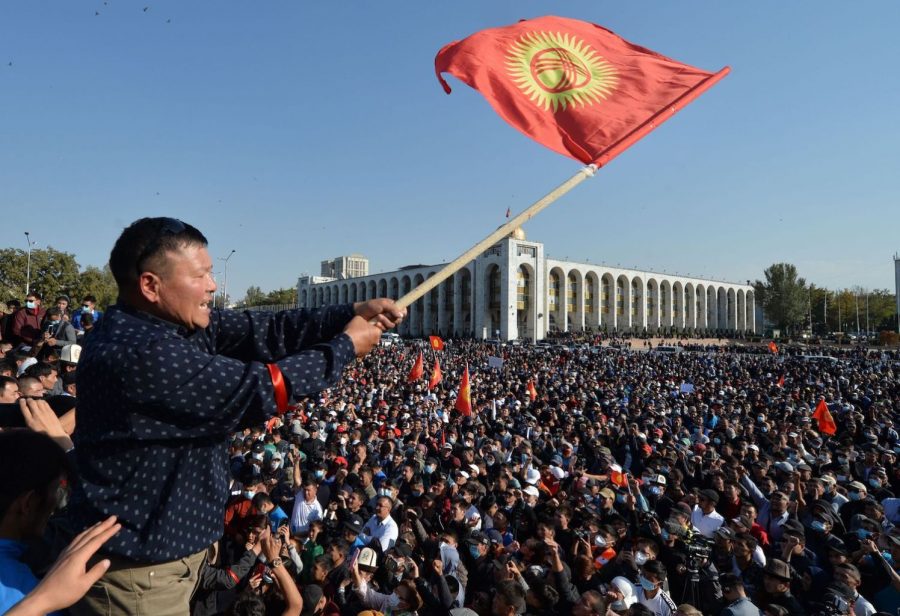 Political unrest has been growing in Kyrgyzstan throughout the past week following a parliamentary election, which protesters said was influenced by outside parties. Opposition protesters stormed government buildings on Monday, October 5 and took control of several government apparatuses. Police deployed teargas and water cannons on the crowd, leaving over 600 people injured and 1 dead. The head of the Kyrgzs election committee said they would annul the results of the election in order to prevent further escalation of conflict within the country.

Protesters torched a Russian owned factory at one of the largest gold deposits in the country, and Chinese and Turkish companies were ordered by protesters to stop operations. Locals have also put up sheets of metal in their businesses to prevent looting, according to Reuters.

Prime minister Kubatbek Boronov resigned and was replaced with former politician, Sadyr Japarov, whom protesters freed from prison in their riots. President Sooronbay Jeenbekov remains in office as of October 14, although many oppositional protestors have called for his resignation as well. Jeenbekov declared a state of emergency throughout the country on Friday, October 9, deploying troops to enforce a strict curfew until October 21.

11 oppositional parties are fighting for leadership in the country, with former rivals Omurbek Babanov and Tilek Toktogaziyev joining forces on October 9 to propose their own administration. They garnered four other parties’ support, but no official decisions have been made.

Kyrgyzstan has remained a political outlier among the five previously Soviet “Stans”, as its government is democratic and the rest are autocratic. However, Kyrgyzstan being a democracy has not prevented political unrest — two past presidents have been overthrown by pressure from the streets. The country has also faced layers of political corruption throughout the years. Citizens and leaders around the world are unsure if the government will return to the way it was before this election and aren’t sure who will lead the country.