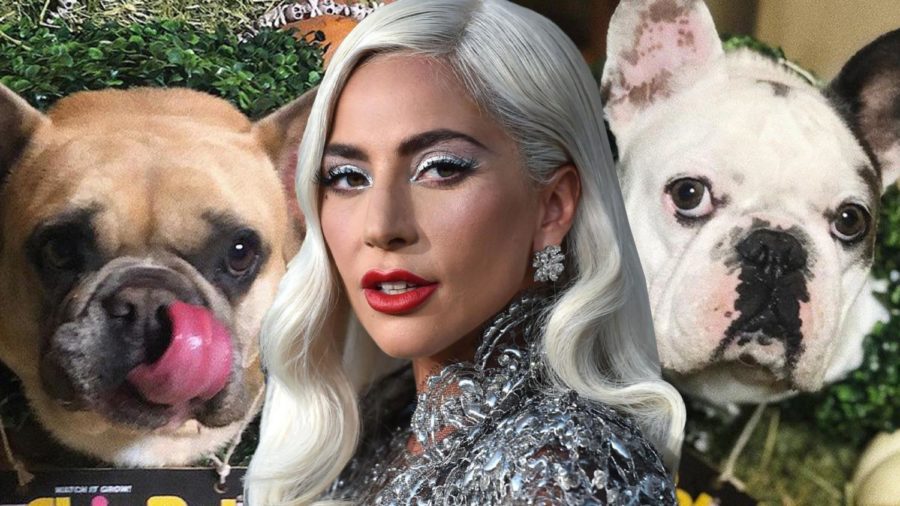 On Wednesday March 3, Ryan Fisher, a dog walker for Lady Gaga, was shot, but not killed. The shooter ran off with two of Lady Gaga’s french bulldogs, escaping in a white Nissan Altima. Koji and Gustav, Gaga’s dogs, have been found unharmed and Fisher is recovering well.

Wednesday February 25, Lady Gaga’s dog walker was walking three of her french bulldogs. Suddenly, he was shot and the dogs stolen. The suspect was a “. . .  black man between the ages of 20 to 25 years old, one of which has blond dreadlocks and was armed with a semi-automatic handgun” as LAPD told USA Today. There is a chance there were 2 men, but the reports do not match. They promptly made a getaway with Koji and Gustav, the third unnamed dog ran and was found later safe and mostly healthy.  The suspect reportedly left in a white sudan, possibly a Nissan Altima.

Days later on Friday the 5th, the two dogs were found in an alley tied to a pole. The mystery man who found them was indeed rewarded with the half a million dollar price that was set by Gaga right after the incident. The shooter still has not been caught, but police services and the FBI are on the case. Ryan Fischer, according to Lady Gaga, is recovering well and going to be just fine. She and other animal owners in Hollywood have all expressed concern for the walkers of their dogs. New security measures are said to be put in place after this incident. No one has enjoyed watching this happen and prevention is the next step.