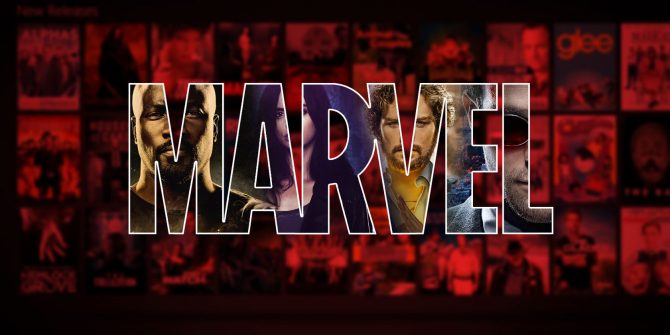 On the week of February 18, 2019, it was announced that the Marvel TV show released by Netflix, Jessica Jones, would release season 3 in late 2019. However, they also stated that it would be the show’s last season. Jessica Jones isn’t the only show that was cancelled  that week, The Punisher was also cancelled before season 3 had a chance to be streamed. Netflix will not be continuing with the third  season, but it is believed that it will come up on other streaming sites like Hulu.

This isn’t the first show that Marvel ended on Netflix. They were preceded by Iron Fist, Luke Cage, and Daredevil. Marvel has succeeded with their movies, so why did they cancel all of their shows?

The first show that Marvel ended was Iron Fist. The show did horribly on Rotten Tomatoes, with an 18% in season 1, and did a bit better on season 2 with 58%. However, the audience felt a bit better about Daniel Rand (Iron Fist). Season 1 received 74% and season 2 got 73%. According to an article on ScreenRant titled “Why Netflix Cancelled Iron Fist (Despite An Improved Season 2)”, the show was becoming “low priority” to viewers in “The Defenders” series. “The Defenders” are a group of heroes similar to “The Avengers” made up of Jessica Jones, Iron Fist, Luke Cage, and Daredevil.

Luke Cage was cancelled not long after Iron Fist. The show only got two seasons in before it was cancelled in October of 2018 because of “writers room struggles” according to ScreenRant. Fans, however, responded admirably to the show, and were surprised that it was gone after doing so well. However, the struggles between the show’s producers just didn’t allow it to continue. The last one cancelled in 2018 was Daredevil, to the shock of fans. Not only did the show do well, but it seemed to do too well. Marvel supposedly stopped filming to save it for something coming later down the road.

In the past week, Marvel cancelled their final show in “The Defenders” series, Jessica Jones and The Punisher, not affiliated with “The Defenders”. Jessica Jones had received high praise from fans at the beginning of the show, but the audience began to dwindle when it was competing against other Netflix originals that are comic book oriented such as The Umbrella Academy or even The Chilling Adventures of Sabrina. The show was announced “cancelled” before season 3 was released, but it is still scheduled to be released onto Netflix once filming is done. However, The Punisher received mediocre to sub-par reviews and was viewed as repetitive and the 13 episodes per season created way too much filler for audiences.

All of the reasons listed above are the primary faults in the Marvel-Netflix TV shows, although Marvel seems to have more in store for us. There’s a plan to create a “Disney+” streaming service featuring Marvel, Star Wars, and all other Disney movies/TV shows. Marvel has planned to release brand new TV shows on this service including shows featuring Loki, the god of mischief, and Scarlet Witch, the telekinetic twin to Quicksilver introduced in Avengers: Age of Ultron. Fans are pumped for the future of Disney and Marvel through the new streaming service, although disappointed that the shows on Netflix will no longer be streamed.