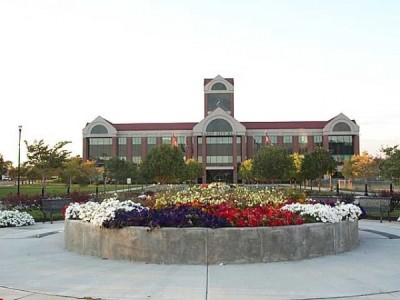 The massive snow storm on February 6 caused more problems than a valley-wide snow day and bad roads. The storm caused a power outage in Sandy City. This power outage caused a fluoride pump, at the Sandy City well near the intersection 1700 East and Dimple Dell Lane, to malfunction. The pipe malfunction, leading to high levels of fluoride, affected about 50 homes from 700 East to 2140 East and 10600 South to 11400 South. Around 2 pm, when the problem was discovered, the valves were immediately closed and crews began flushing the drinking water.

On February 16, the Sandy City public utilities told Sandy that the water shouldn’t be used to drink or cooking until they get a lab confirmation that copper and lead levels were back at a safe level. This update was given in the morning and the city was handing out bottled water at Fire Station 34.

At 12:30 pm on the 16 Sandy City sent out a newsletter notifying residents that fluoride levels were back to a normal point by 4 pm the same day and also told the affected homes and areas to flush out their taps, running the hot water for 30 minutes then cold water for 30 minutes. Sandy City Public Utilities said that they would continue testing for the next days, weeks, and years.

The morning of February 17, the no drink order was still in effect for 2,200 homes. It was not lifted until later that evening. In a statement from the city stating that samples have been taken from Altara Elementary, Sunshine Elementary and Alta High School, all the samples were at normal levels of fluoride and safe to drink.

Sandy city made the lab results public on February 17. Three results pages with a total of 134 Certificate of Analysis for the tests, all at normal levels. A town hall meeting was held at Mount Jordan Middle School on the 18, the meeting lasted almost three hours and was broadcasted live on the Sandy Facebook page. Sandy citizens could ask questions if they were considered. On the 19, Mayor Bradburn committed that residents that were affected would receive a $25 credit for their water bill.

On February 20, a notice was sent out recommending that children under the age of 6 in Sandy City take a blood lead test just as an extra safety precaution. If the home was built before 1978 then homeowners with a child 6 or under were eligible for a free blood test from the county.