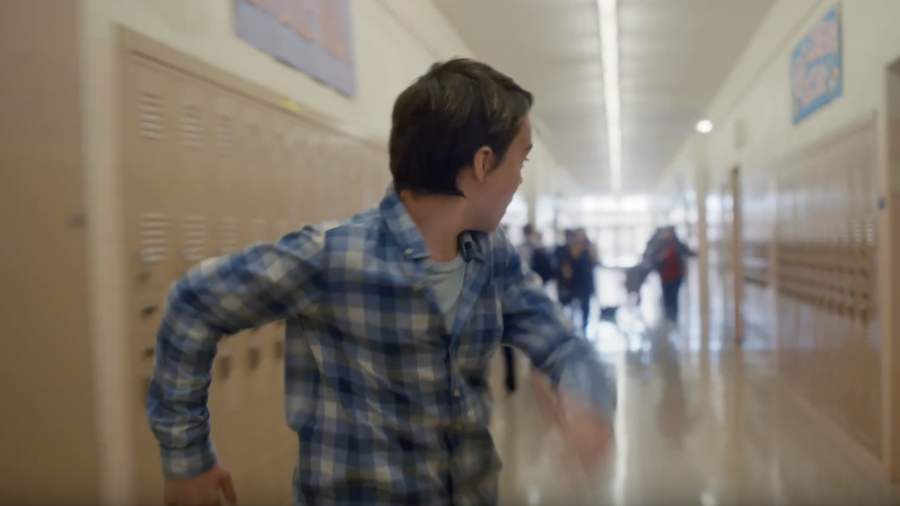 On December 14, 2002, a school shooting occurred at Sandy Hook Elementary School. Twenty year old Adam Lanza shot and killed twenty eight people that day. Including twenty children who were  between the ages of six and seven, as well as six adult staff members. Adam then shot himself and shot his mother while she was at her home.

On September 17, 2019  Sandy Hook released a video  titled, “Back to School Essentials” to inform youth and adults on how to prevent gun violence in schools. They were trying to inform students, staff, and parents on how to recognize the signs of a school shooter.

In the beginning of the video it shows a young boy sprinting down the hall in terror, yelling, “My mom got me the perfect shoes for school this year.” Which means that in essence he is running from a school shooter in the building. “My parents got me the skateboard I wanted for back to school,” a young boy says as he is throwing his skateboard at the window in order to escape from a school shooting.

The next scene shown is two young students standing inside of a closed door explaining how their pencils and scissors are coming in hand, as they hold them near their heads for safety. The following scene shows two girls sitting on the floor, while one of the girls has a gunshot to her leg. The other girl takes off her knee high socks and explains how they can save your life while she puts it around the wounded girls leg.

They start the video like a Target commercial and then end it with the tear jerking bathroom scene to make the viewers feel a raw emotion. The scene shows a young girl sitting in a bathroom stall crying. The video then shows her text her mom her last “I love you” text as she says “I finally got a phone to stay in touch with my mom.” This end scene got the video so much attention because it made everyone realize just how horrible this is.

They have a campaign website on how to prevent gun violence in schools. Over seven million people have signed this campaign already, and many are still continuing to sign it. The campaign has been very successful and has gotten a lot of awareness of knowing the signs of school shootings.

“In 4 out of 5 school shootings, at least one other person had knowledge of the attacker’s plan but failed to report it,” stated Sandy Hook Promise Campaign. They also have programs for the youth and adults so they are able to identify warning signs. They as well teach the youth and  adults how to intervene before any type of gun violence in schools can occur. Focusing on the prevention of gun violence in schools has provenly helped the epidemic of school shootings go down.