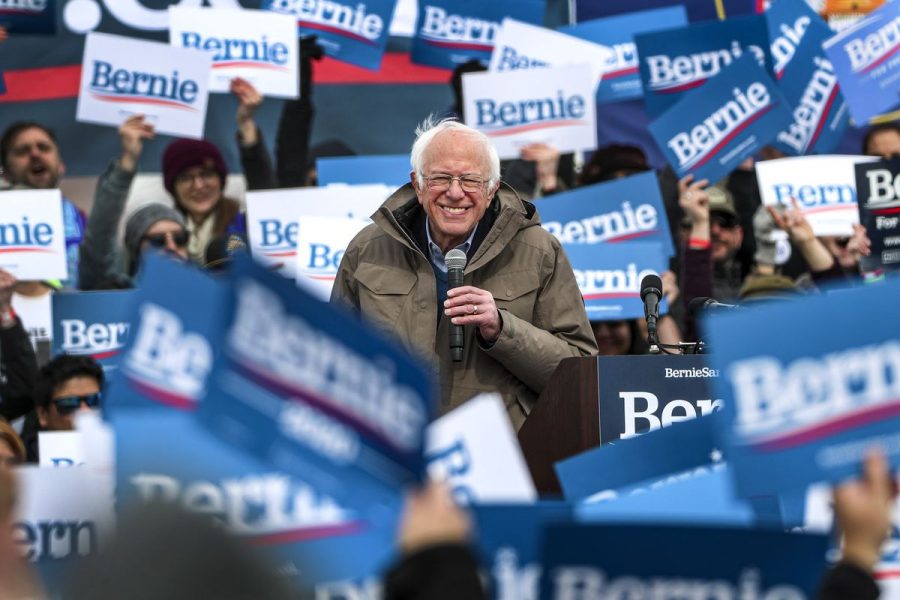 This week, on Monday March 1, Senator Bernie Sanders graced Utah with his presence. He held a rally at the Utah State Fair Park, just one day prior to super tuesday. People traveled from all over the state to show their support. Entering the fairgrounds you could feel the excitement in the air. A band played as people were filtrering in, collecting signs and stickers, purchasing Bernie 2020 shirts and finding their friends. The rally began with three short speeches from Utah citizens, two young activists, and a chairwoman for Utah. All three of these speeches got the crowd even more enthused, with emphasis on how important it is for everyone to go out and vote, and to also encourage everyone you know to do the same.

Moments later, Sanders came onto the stage with his wife, Jane Sanders by his side. Throughout his speech that lasted around 40 minutes, he shared all of the policies he promises to fulfill for our country. He spoke on topics such as immigration, minimum wage, climate change, education, marijuana legalization, healthcare, and how he plans to defeat what he said to be “the most dangerous president in the modern history of this country.” Throughout the rally he really pushed how dangerous Donald Trump is and how this country must work together to get him out of office. All throughout the crowd there were loud cheers and waving of signs in the air, showing how they agree with his policies. Whenever mentions of Trump or the direction our country is headed in if he remains in office, booing followed. This was an extremely important rally, with one of the most important days of Sanders campaign the very next day, super tuesday. The inspiration at this event was incredible. There were people of all ethnicities, backgrounds, and ages, all there with the common bond, to show their support for Sanders.That is what he stands for, people all coming together and standing up for what they want, not only for themselves but for their country. Everyone’s bias’s or thoughts of exclusion were left at the doors, and they came in, surrounded by hundreds of people who love their fellow Americans and will rally for a president who can make a real difference here. The message everyone left with was to vote, and to fight for “us not me,” Sanders made a large point in this statement, saying how who you vote for and what you fight for, impacts the entire country, so keep that in mind when making your decisions. Events like this are so important to show your support and let your voice be heard.