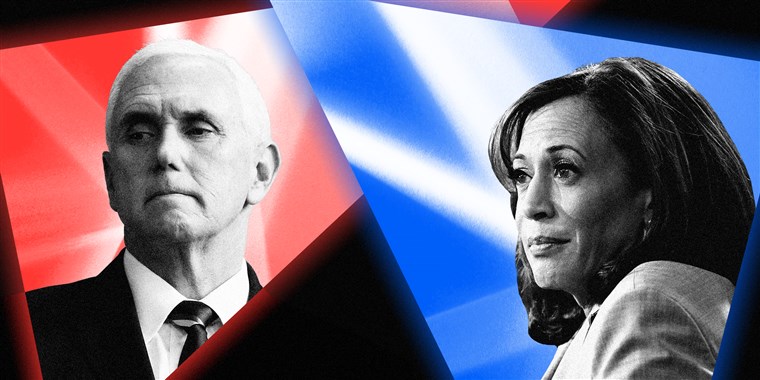 On Wednesday October 7, current Vice President Mike Pence, Senator Kamala Harris, and Mediator Susan Page from USA Today arrived at Kingsbury Hall in Salt Lake City, Utah, to what would turn out to be a historical vice presidential debate.

This debate was much different than the first 2020 presidential debate with President Donald Trump and Senator Joe Biden, where there were constant interruptions. Deirdre Walsh from NPR states that “Wednesday night’s vice presidential debate marked a return to a more traditional affair.”

One topic of the debate was the pandemic as voters are interested in knowing what each candidate’s thoughts are. Harris criticized the Trump-Pence team, saying that they were the cause of the numerous deaths, unemployed filings, and business shutdowns over the past months; they failed to inform the public about the seriousness of the virus when first made aware on January 28. Harris argued that he was unable to keep the calm as intended, instead making Americans less prepared and increasingly fearful.  She closed by saying that Senator Joe Biden has a more effective national strategy. Pence claimed it looked a lot like Trump’s strategy, taking a dig at Biden’s alleged plagiaristic past.

Pence justified this choice by saying that Trump has made vital decisions: For example, his ban of travel from China which bought time to “reinvent testing [and] save countless lives,” a ban of which Biden disapproves.

In her final question about the pandemic, Page addressed the superspreader event which occurred on September 27 where senior administration officials, including Trump and Pence, did not follow social-distancing protocols, resulting in an outbreak amongst the attendees. Page asked Pence, “How can you expect Americans to follow the administration safety guidelines to protect themselves from COVID when…[the] White House [has] not been?” He avoided the question by talking about his belief in the American people.

Page posed questions on the role of the vice president, however, answers from both sides deviated from the intended topic, a common theme throughout the debate.

Harris acknowledged the importance of disclosing medical records, but segwayed into the need for transparency on taxes and financial dealings.  She said that Trump has paid 750 dollars in taxes and is 400 million dollars in debt, asking the question, “who [does] the President of the United States, the Commander in Chief, owe money to because the American people have a right to know.” Pence retorted that, according to the president, the public records are false.

During the second half of the debate, the candidates touched on the economy, climate change, race, healthcare, and foreign policy. Pence claimed that if Biden gets elected, he and Harris would enact the Green New Deal, which is a climate action plan that will, according to him, take away American jobs and destroy industries. Walsh says that Pence “repeatedly linked the Democratic ticket with the Green New Deal, a proposal pushed by progressives in Congress to remake the economy with a new energy infrastructure.” Harris then stated that the Trump administration, after withdrawing from the Paris Climate Accords,  has done virtually nothing in terms of climate change.

Due to the many wildfires and hurricanes, many voters are concerned about climate change and view it as a serious issue. Pence is encouraging voters to advocate for jobs and industries rather than a strong focus on climate change, while Harris is doing the opposite. The two are also on opposing sides when it comes to taxing the American people.

After this topic, the candidates talked about race issues in America. Harris said that the criminal justice system should be completely reformed, due to the recent killings regarding Black people and police officers, while Pence said, “I trust our justice system — and a grand jury that refused the evidence.” Voters are now to choose between these two highly controversial options.

From there, the debate quickly moved on to healthcare. Harris attacked Pence on how he struck down the Affordable Care Act saying that people with preexisting health conditions would be left protection less. Pence, however, did not have a response.

Before the concluding remarks regarding the elections, the candidates were asked about the economy. Pence claimed that due to ending the NAFTA trade agreement, and the trade war with China, manufacturing jobs and American industries have dramatically increased.

Overall, the debate went smoothly, even with the candidate’s evasion of many topics and a fly stealing the audience’s attention away.