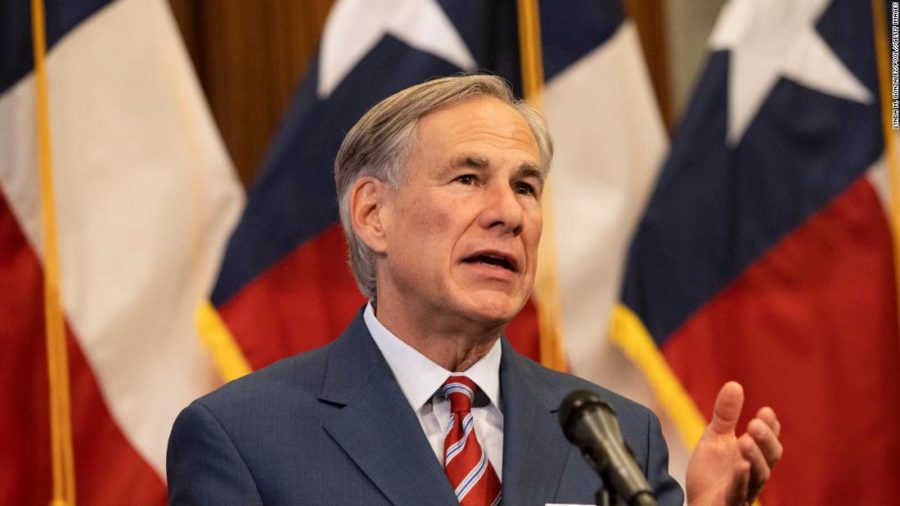 AUSTIN, TX – MAY 18: (EDITORIAL USE ONLY) Texas Governor Greg Abbott announces the reopening of more Texas businesses during the COVID-19 pandemic at a press conference at the Texas State Capitol in Austin on Monday, May 18, 2020. Abbott said that childcare facilities, youth camps, some professional sports, and bars may now begin to fully or partially reopen their facilities as outlined by regulations listed on the Open Texas website. (Photo by Lynda M. Gonzalez-Pool/Getty Images)

Texas Governor Greg Abbott issued an executive order to lift the mask mandate starting on Wednesday, March 10. The goal is to open all businesses and states 100%. Texas already has a total of 2.68 million cases and 44,920 deaths, and lifting this mask mandate will make the number of cases and deaths increase.

Governor Abbott lifted the mandate because he claimed, “With the medical advancements of vaccines and antibody therapeutic drugs, Texas now has the tools to protect Texans from the virus,” however, only 3.5 million Texans have received the vaccine, and according to the state around 13 million people are eligible.

Gov. Greg Abbott wanted to loosen restrictions so that “businesses and families in Texas have the freedom to determine their own destiny,” however, health officials still emphasize the importance of wearing face masks to stop the spread of the virus along with social distancing. Even president Joe Biden called the loosened restrictions a “big mistake” and three of Abbott’s four coronavirus advisors said they were not consumed before the lifted mandate.

Gov. Abbott said that Texas is in a “completely different position” than it was last year, but Texas is still averaging over 200 reported deaths per day and according to the Houston Chronicle every Covid-19 varient is present in Houston.

The states Attorney General Ken Paxton told Austin mayor that he will sue, unless the mask order in Austin was rescinded. Adler said “We will fight Governor Abbott and Attorney General Paxton’s assault against doctors and data for as long as we possibly can,” he has no intentions on lifting the Austin mask mandate.

Some Texan members of a conservative group plan to gather to celebrate the first day of the states reopening with a bonfire and some people will even be throwing their masks in the bonfire. The person holding the event said that it’s not an anti-mask event, it’s about “celebrating the fact that we can make choices for ourselves. We don’t have to rely on the government to make our own choices,” he also said that the mask burning is “purely symbolic” to celebrate personal freedom.