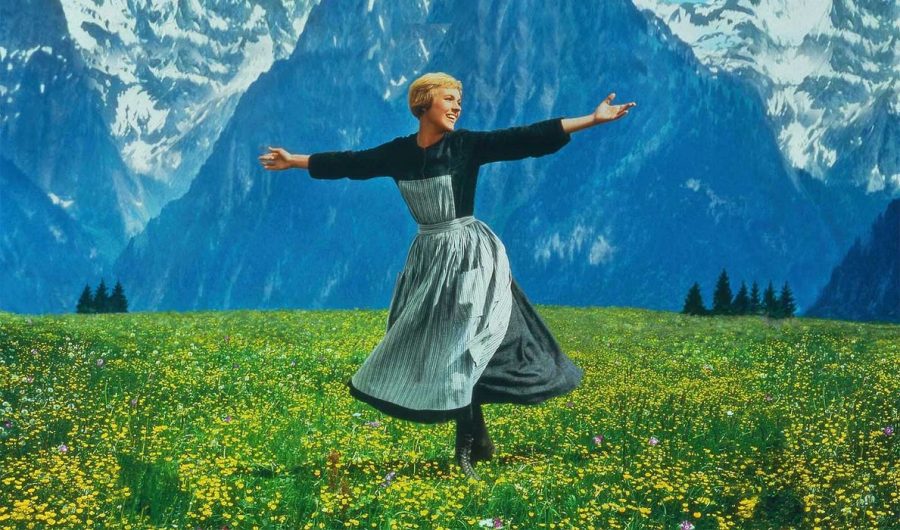 The Sound Of Music: A Production that Fills Our Hearts to the Brim

Skyline’s theatre program is putting on The Sound of Music from November 8 to November 16. Rehearsals began on September 5 for leads and ensemble alike. This year, all of the plays and musicals- the Foreigner, the Sound of Music, and the one-act play being put on in the theatre class- have anti-fascism themes.

Although the play stayed mostly true to the original 1965 movie starring Julie Andrews, there were a few changes made. For example, in the scene where Julie Andrews sang “My Favorite Things”, Alex Cannon (playing Maria) sang “The Lonely Goatherd”. A few other songs were switched around, along with some songs that weren’t included in the original movie being added.

B Rogan, a performing arts teacher, has been teaching drama for 15 years, 5 of which have been spent here at Skyline. He has helped numerous theatre students go on to study theatre in the actor training program at the University of Utah, and even have parts in productions put on by Pioneer Theatre. Laurie Stringham, another performing arts teacher, provided the costumes, and the Utah Festival Opera rented out the mood-setting set pieces.

Between the costumes, set pieces, orchestra, and the casting of the Von-Trapp children would seem like a challenge, but it was one to overcome. The theatre department sent out a call to the elementary and junior high schools for three children. The rest of the rolls were filled in by high school students that could pull off the right ages.

No play gets on stage without a team of hard-working cast and crew. According to both Hannah Wilkinson (Sister Margaretta) and Easton Lyons (Herr Zeller) agree that the scenes that took the most practice were the dances.

Partygoers endure hour after hour of waltzes to perfect the steps for opening night. The music is an enormous part of any dance, and that’s what the orchestra is for. In the pit, it’s a tradition among the musicians to make grilled cheeses, giving them the energy and willpower to repeat measure after measure. All to give the performance its heart and soul.

Both Hannah and Easton have had an incredible time being a part of this production. It was Hannah’s first big role in a play, after being ensemble in Pippin, The Wizard of Oz, and Seussical. The actors both had their favorite scenes to perform, whether for the emotion that it required and created or for the ability to show more and more of a character’s personality. For Easton, he enjoyed his argument scene with the family’s music director, Max, played by Britain Gardner.

Hannah’s most favored scene was the song “How do you Solve a Problem Like Maria”. Hannah said in a recent interview that “Since we [the nuns] don’t have a lot of lines throughout the musical, it’s nice to use that song to show more of our character than we get to any other time.”

Although being on the stage and acting might sound incredible to some, it proves difficult to others. However, if you’d like to still be involved with the theatre program, they could always use an extra hand. Stage crew, concessions, cashiers at the ticket booth, and ushers are just a few jobs that could help put on productions like the Sound of Music. If you are interested, there are Theatre Club meetings on the first Monday of every month in the black box.