How to Avoid the Draft 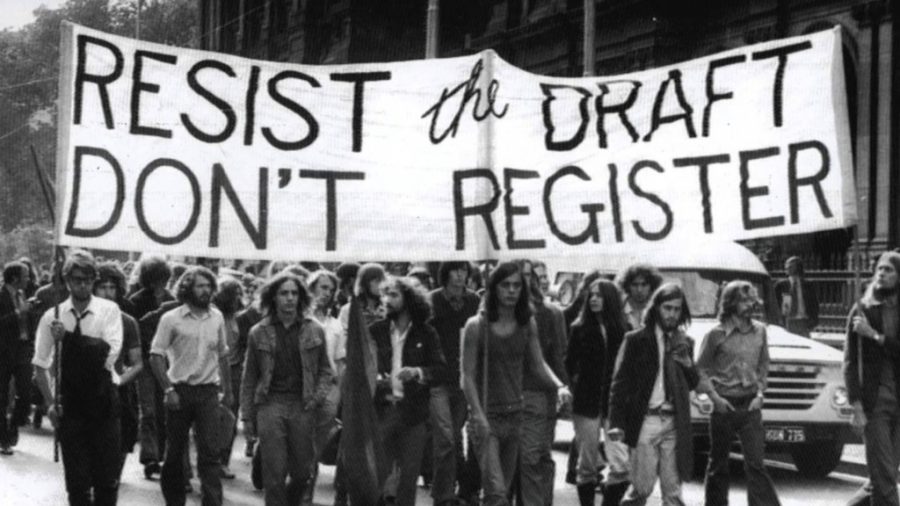 With the recent missile attack on Qasem Soleimani—the second most powerful person in Iran—able-bodied males have begun to worry, ironically and not, about conscription. They have made memes about getting drafted for the Third World War; it was trending on Twitter on the 3rd day of this new decade. Avoiding the draft can be done legally or illegally by being in no position to serve or by pretending to be in no position to serve.

According to the Selective Service System (SSS), there are three main legal exemptions from conscription: the conscientious objector, student deferment, and medical or psychological issues. The state exempts conscientious objectors because of tightly held moral or ethical beliefs that clash with the state’s war efforts. These objectors can either be exempt from military service or be placed in noncombatant roles. The student deferment allows those studying to finish their education before serving. Having medical or psychological issues disqualifies one from service in order to protect the military and the potential draftee.

Sure, legal exemptions are all fine and dandy, but in draft mischief there is fun, especially if you like overloading bureaucracy. You could, theoretically, file an irrelevant postponement or reclassification requests; these requests will delay your induction into the military until that request has been, according to the SSS, “fully processed and adjudicated.” Repeated, these requests could indefinitely delay your induction; however, the SSS may catch on to your ruse.

If you’re longing for love… and exemption from war… you could marry someone who would rely on you. This would give you the “hardship” classification: for those whose service would cause undue hardship on their dependents.

And, for those of you who really like eating Aramark’s prison sludge, there’s the exemption for prison dwellers. Cold beds, unhealthy drafts, and rust-covered bars wait for you in a 5-star prison for the low price of one crime. That means, if you kill a man in Bagdad, Arizona you will not have to kill a man in Baghdad, Iran: “for America.”

Now, if you’ve never really been the studious type, you may prefer just purposefully failing the ASVAB and other military entrance exams. Be warned, however, that you might just end up a foot soldier on the front lines.

Being in high school, you may already have internal conflicts, but artificially developing more can actually get you out of service. Say, for example, you become an Iranian-American. Boom. You just got out of the Third World War. Now you won’t have to decide between the two nations with which you have truly personal connections. No more “should I praise the President of The United States or the Supreme Leader of the Islamic Revolution?”

Should you be a feisty one, you can directly attack the process of conscription, trying bribery or civil disobedience. In the United States, it may be difficult to bribe a member of the SSS; however, just disregarding all the rules is also an option. During the counterculture of the 1960s, according to the University of Washington, students protesting against the draft burned their draft cards; and, by the end of the Vietnam War, there were more conscientious objectors than draftees and there were too many people illegally dodging the draft to prosecute.