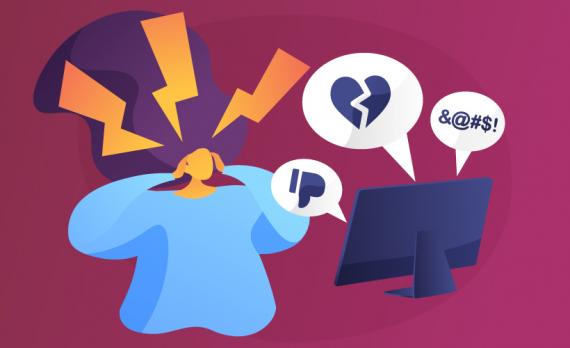 Internet communities have become increasingly violent with a rise in groups such as “antifa”, “proud boys”, and other extreme political organizations; therefore, free speech has become a controversy as people call for a way to regulate the hate speech; social media platforms are shut down for allowing users to disagree with and criticize people in power. This hate filled political climate has caused a massive surge of trolls and radical groups.

According to the American Library Association, hate speech is “any form of expression through which speakers intend to vilify, humiliate, or incite hatred against a group or a class of persons on the basis of race, religion, skin color, sexual identity, gender identity, ethnicity, disability, or national origin”. This definition is however tricky to use, as it requires Knowledge of intent. Intent is rather difficult to discern from an internet post or short video. Additionally, the U.S. Supreme Court has affirmed several times, most recently in Matal v. Tan June 2017, that hate speech is covered by the first amendment. Unfortunate as it may be, while a person may find things on the internet offensive or downright disgusting, free speech is a constitutional right.

The issue with hate speech and social media’s involvement is when hate speech becomes hate crime. Social media algorithms fosters hate by creating echo chambers, groups of like minded people who block or exclude opposition views and reinforce each other’s ideological paradigms. The anonymity provided by social media and the comfort provided by the group mentality of one’s “echo chamber” leads to dehumanization; treating others like objects for their amusement or “the other” – enemies to be defeated.

Trolls take it upon themselves to go out onto the internet and rile others up for their own amusement or political purposes. They post offensive and often hateful comments in hopes of getting a reaction from other users of the site. Radical groups, like trolls, are a result of people who are unwilling to compromise and listen to each other. Such groups originate when a group of individuals feel there is no other way to get attention and what they want other than violence and threats.  Social media allows these radical groups to organize.   Often resulting in sprees of copycat violence such as the recent trend of hit and run assaults on protesters with cars.

A recent study by Cardiff University’s HateLab showed a correlation between hate speech on twitter and similarly motivated hate crimes. In an article by IET’s E&T website it was stated that “Researchers say an algorithm based on their methods could now be used by police to predict spikes of hate crime and stop them from happening by allocating more resources at specific periods.”  All students can help reduce hate online by sticking to facts, acting in a calm and kind manner towards all others, and report verified threats through safe UT.