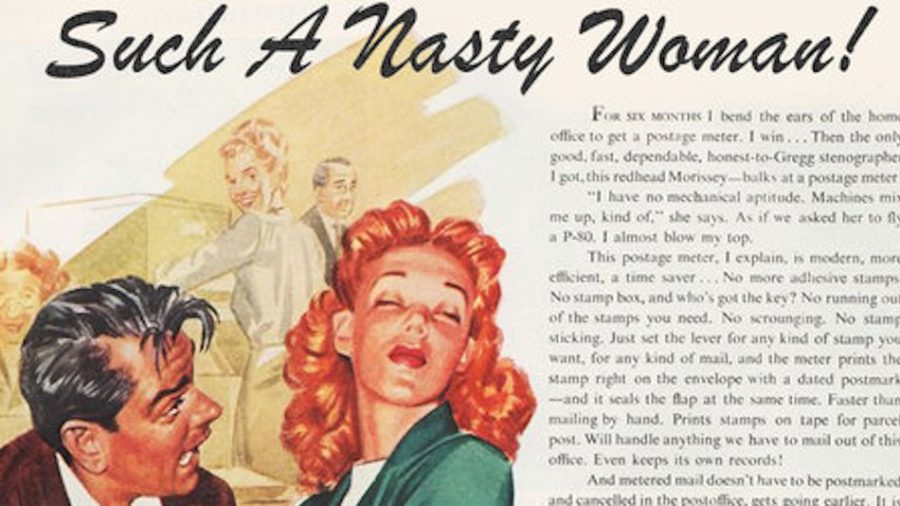 Why Contributing to Casual Misogyny is Harmful to Everyone

Casual misogyny is a conscious hate for women caused by social constructs that dictate how women are supposed to act or look, expressed through supposedly harmless comments, behaviors, or actions.

Those guilty of casual misogyny may not even notice their subtle behavior or the violence they bolster. Recognizing this behavior as a problem can seem trivial — after all, these comments rarely leave a circle of friends or colleagues. While the intent of the comment may not be harmful, normalization of hateful language contributes to violent misogyny and objectification which feed into rape culture.

Examples of casual misogyny could be a teacher commenting that girls in the class are more emotional, fetishizing women of color, receiving tips from older women on how to make another woman’s outfit more appropriate, or idealization of feminine innocence. It may never be this explicit — it may be a simple comment such as, “Girls, what did you think of that video? Did any of you cry?”

By creating a distinct division between boys and girls in school, both parties have not only been othered but have been told how to feel and act. This expectation makes girls seem innocent, weak, and emotional while men are pressured to be brutal, aggressive, and apathetic. This is where the danger lies.

These comments, expectations, and reinforcement of societal norms support and perpetuate rape culture where women are pressured to stay silent about derogatory comments for fear of suspension in school or termination in the workplace.

Marshall University states rape culture is  “an environment in which rape is prevalent and in which sexual violence against women is normalized… rape culture is perpetuated through the use of misogynistic language, the objectification of women’s bodies, and the glamorization of sexual violence, thereby creating a society that disregards women’s rights and safety.”

Normalized, violent rhetoric creates internalized misogyny, where women unknowingly take part in the promotion of rape culture through casual sexism embedded in our society. These comments, behaviors, and actions are representative of a larger societal infection that spread every time an unwelcome comment is made about a woman’s appearance or mannerisms.

Society dictates that men have the right to take away what makes a woman individual and human, stripping her down to her appearance, not considering she has a personality and a life. By making casual sexist comments, we support misogynists, those who hate or only see women as a jumble of sexual objects rather than a whole person, making it harder for women of all backgrounds to progress in the world.

This hate for women is also detrimental to men. Most men want to be anything but feminine, and refuse to be seen as weak, therefore it is shameful to show emotions (besides anger) in any capacity. MySahana, a nonprofit organization supporting South Asians, states that trying to suppress emotions is nearly impossible and begins to manifest itself in unhealthy behaviors such as substance abuse or bursts of anger and violence.

Assuming men cannot show emotion or be vulnerable is extremely unnatural and harmful in situations of traumatic events such as rape or war. Ohio Department of Health found that 90-95% of male rape victims did not report the assault and found it hard to report because they were taught to think that men could not be victims of rape. When a man is a victim of rape, they are less likely to be believed or given the resources for PTSD treatment. The notion that men should be tougher than women denies all men of help in scenarios where their “mental strength” should kick in.

Derogatory comments around women help normalize rape of all genders and allow men to assume predatory roles in society that go unquestioned. The next time you think of comparing girls to boys in any capacity, think about what you are going to say. Reword your thoughts so no other impressionable minds will make truths of societal constructs that wreak havoc on humanity.