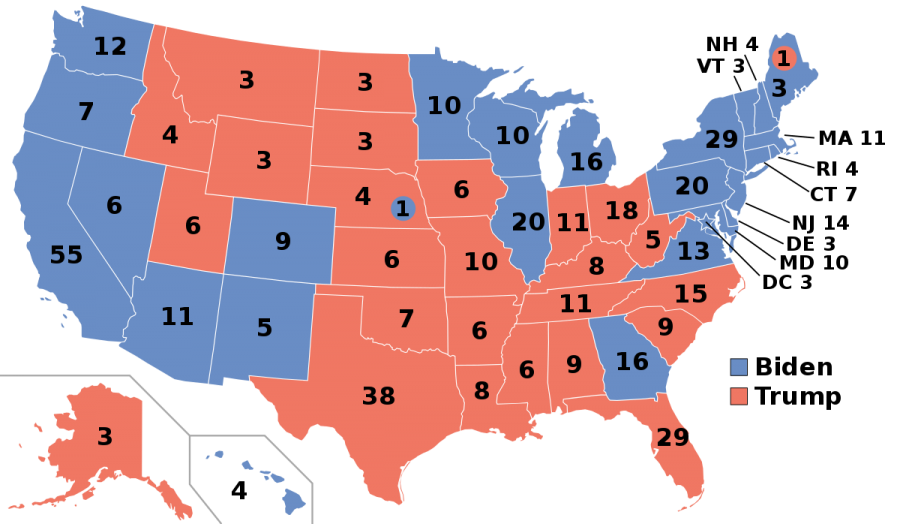 As Joe Biden won the presidential election he also flipped the long time red state Georgia to the Democrats. Flipping Georgia was no small feat as it required a lot of resources and a large organization force, but also the rapidly growing Atlanta metro area and changing demographics didn’t hurt at all. The last time Georgia was won by a Democrat for president was in 1992 when Bill Clinton narrowly carried the state by less than a percentage point over incumbent President George H.W. Bush. In 2016 Donald Trump won the state by five points.

The most important reason that Georgia flipped for Joe Biden this year was organization. In 2018, Stacey Abrams ran for Governor of Georgia.  The lead up to the election her campaign registered 200,000 new voters and went on to lose the race by a razor thin margin. She realized that Georgia is a state that is ready to elect Democrats and will be incredibly competitive in 2020. She convinced the national party to spend resources there and founded Fair Fight, an organization aimed at fighting voter suppression, which she blamed for her narrow 2018 loss. She also used her organization New Georgia Project which she founded in 2015 after a disappointing midterm election in Georgia to turn out minority voters. Her and her organization registered 800,000 new voters for the 2020 presidential election, likely delivering the state for Joe Biden. According to official results turnout increased by roughly 850,000 votes in 2020 compared to 2016.

Changing demographics of the electorate also heavily contributed to the state flipping. Georgia is in a region of the United States called the Sun Belt, which stretches from Arizona to Florida, encompassing most of the southern border and the gulf states. This region is having an economic boom right now and that means a large population growth in these areas. This is happening in Georgia right now, especially in the Atlanta metro area. A large population boom paired with the Republican loss of support in the suburbs brings a state that is rapidly shifting towards the Democrats.

Georgia has been slowly moving away from the Republican party for a while now and this election was a perfect storm of an unpopular incumbent president, rapidly changing electorate, and large organization abilities. Ultimately Biden won the state by roughly 10,000 votes in the end, not a large margin but a historic one.