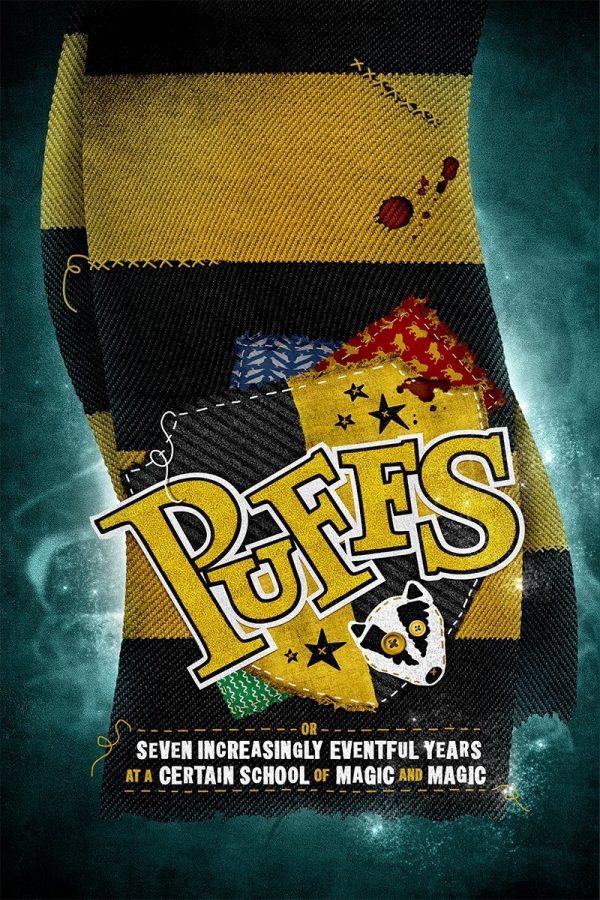 Skyline High School’s spring play PUFFS, starring Owen Briggs, Dan Livnat, and Emily Wiseman, reminded viewers of a certain wizarding boy and a certain school of magic. The play held a striking resemblance to J.K. Rowling’s Harry Potter; yet, the acknowledgement of this similarity was repeatedly rejected by the cast and crew. Also known as “Seven Increasingly Eventful Years at a Certain School of Magic and Magic,” the play followed the school lives of characters Wayne Hopkins, Oliver Rivers, and Megan Jones as they learn to become wizards. Performances were available for viewing on the evenings of February 20, 21, 22 and 24, 2020.

The play opened with narrator Adrian Young describing an orphan who lived with his uncle. This orphan, however, did not turn out to be Harry Potter, but a character named Wayne Hopkins. The comedic cleverness of PUFFS, was rewarded time and time again with laughter throughout the performance. Directed by Skyline’s head of theater department, Maestro Rogan, the comedy evolved around poking fun at the school group in the story who always finished in last place: the Puffs.

When interviewed, junior Owen Briggs, stated that he thought the play went very well over all. When asked if he had a good understanding of his character, Briggs replied “I am my character.” He really enjoyed his role and was sad when the play ended. “The most difficult part of the play was probably the battle[…] We had to worry about a lot of stuff, especially when we got costumes. There were a lot of quick changes.” Briggs said that preparation for the play began in mid December and then really accelerated in January. The cast and crew clearly put in lots of time and effort, “we rehearsed pretty much every day.”

PUFFS is a play that will appeal to all ordinary humans who are not destined to save the world. The eventful story helps prove that everyone is worthy of love and dignity. The play program quoted the original director, Matt Cox, “it’s very easy to feel like you’re only a secondary character in someone else’s grand story. That doesn’t mean, however, there isn’t another story out there that’s all about you. […] We’re all heros. In some way. To someone.”

Overall, the play had a fun, humorous vibe that delighted viewers and left them with a newfound curiosity for magic.