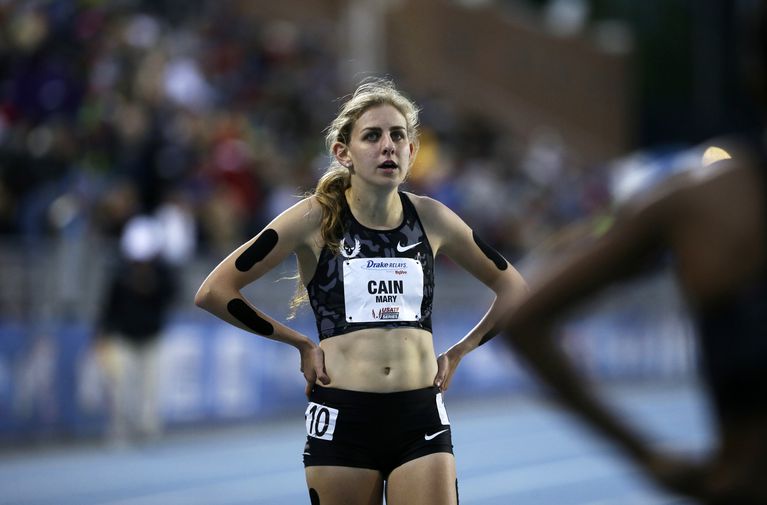 Professional runner, Mary Cain, reports being subject to mental and physical abuse from her coach during her competitive athletic career with the Nike Oregon Project. Cain was acknowledged for her phenomenal performance in track and field during high school. After being recruited by coach Alberto Salazar for the Nike Oregon Project in 2015, her performance collapsed. Cain released a video on November 7, 2019 to The New York Times describing the downfall of her performance. “I was emotionally and physically abused by a system designed by Alberto and endorsed by Nike.”

In Cain’s video, she mentioned that the Nike Oregon project consisted solely of male staff. “[The staff] became convinced that in order for me to get better, I had to become thinner, and thinner, and thinner.” Although it was a professional team, there were no certified sports psychologists or nutritionists. Salazar was persistent in telling Cain to lose weight; he would even weigh her in front of her teammates. Salazar wanted to have Cain use birth control pills and diuretics to lose weight.

This situation is all too common, coaches are usually more focused on their athletes career in sports opposed to their whole person. Outside Magazine emphasizes the need for a less male-controlled environment in sports training for teenage girls.

Female athletes, particularly runners, are more prone to malnutrition. “When young women are forced to push themselves beyond what they’re capable at their given age, they’re at risk for developing RED-S.” Commonly known as Female Athlete Triad, this disorder involves a low body mass index, missed periods, and loss of bone mass. Sports Illustrated states that Mary Cain “broke five bones, missed her period for three years and had suicidal thoughts due to disordered eating she developed under Salazar’s extreme training methods.”

Female athletes bodies are depleted sooner than others from eating disorders. Athletes sometimes experience excessive pressure to succeed in their sporting events and will commit to anything to accomplish these goals. Sports like running, wrestling, gymnastics, bodybuilding, and dancing often stress the importance of maintaining a specific weight and shape. This creates an unhealthy environment where female athletes risk their overall, long term health with only a chance of improving their performance. The side effects can include anorexia, suicidal thoughts, stress fractures, and other threats to their well-being.

Runner’s World disclosed that the Nike Oregon Project was shut down in October, 2019. Its closure occurred after the U.S. Anti-Doping Agency (USADA) banned head-coach, Alberto Salazar, from the program for four years. Another athlete on the team, Tara Welling, described her experience at Nike as a “constant comparison battle” from the coach towards female athletes. Many athletes had joined the team with the dream of making America the strongest competitor for long distance running in the Olympics; however, they were unable to actualize their goals until after leaving the program. Welling commented that after the team was shut down, she “found the fun in training again and somewhat let go of an ideal race weight. I lowered my PRs in the 1500, 3k, 5k, 10k, and won two national road titles.”

Cain’s recent twitter hashtag, #FixGirlsSports, went viral. At this time, it seems that female athletes are still at a higher risk than male athletes.