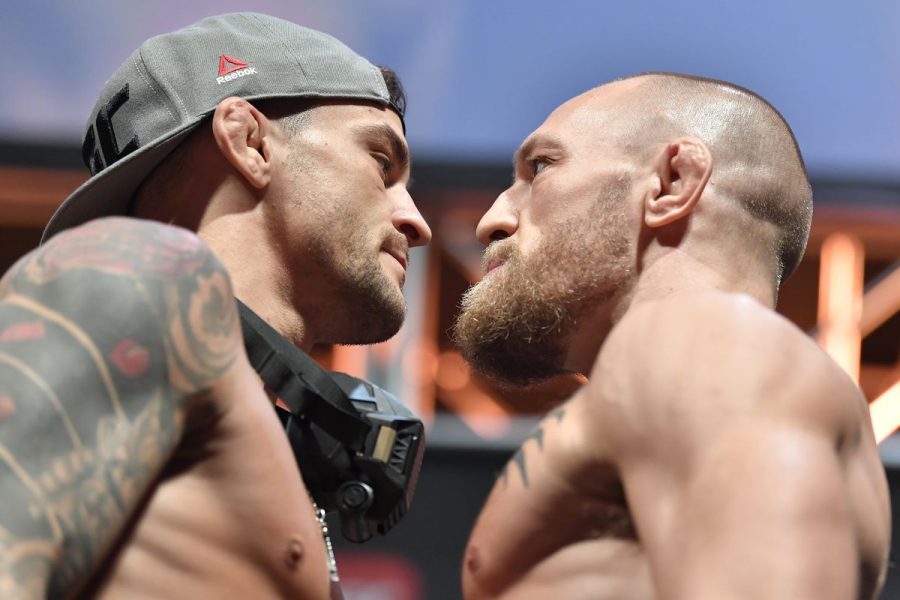 On January 24, the Irish mixed martial, Conor McGregor, was surprisingly defeated by Dustin Poirier in a second rematch by knockout, leaving McGregor down longer in count in the second round lightweight UFC 257 event. He was avenging his loss on Fight Island in Abu Dhabi, United Arab Emirates.

McGregor Received his very first knockout when Poirier gave him his first KO loss. The match was highly anticipated because of McGregor, who is arguably the most recognizable UFC fighter for his twenty-two wins, comebacks, and toxic persona. McGregor showed true class in the Post-fight interview by respecting that he lost the fight without making excuses. The Irish fighter has lost only four times in his UFC history, causing mutual respect before the fight, “I am honored to share the octagon with this man,” Mcgregor said on Twitter three days before the fight.

Poirier regularly used leg kicks as a strategy towards McGregor throughout the first round—causing much damage. He was seen whipping his swift kicks into the soft fleshy tissue in McGregor’s right leg making him collapse on the side of the arena. This resulted in Poirier picking Mcgregor apart and dropping him onto the canvas floor at the 2:32 mark of the second round. “The leg kicks were good,” McGregor said after the loss. “The lower calf kick was very good. My leg was dead, man.” After the fight, physical rehab doctor Brian Sutter describes the location of the kick, “it’s a nerve that supplies muscle control to part of the lower leg, and also some of the sensations.” Sutter summarizes, “it’s going to cause some temporary damage to them, basically ending with this dead-feeling lower leg.”

On September 27, 2014, at UFC 178, McGregor beat Poirier in less than two minutes, making the fight that much more shocking. Poirier’s improvement as a more active fighter was unexpected. In response to an interview with comedian Theo Von about how his approach is different from the first time fight, Poirier replied, “This is not about payback, it’s not a revenge fight for me…. But that’s not the driving force of each day”.

McGregor was reportedly earning over three million at the end of the fight, while Poirier earned an estimated $830,000 with a $50,000 bonus. McGregor made more money due to him being one of the biggest icons in mixed martial arts.