Skyline and Olympus Battle for The Rock 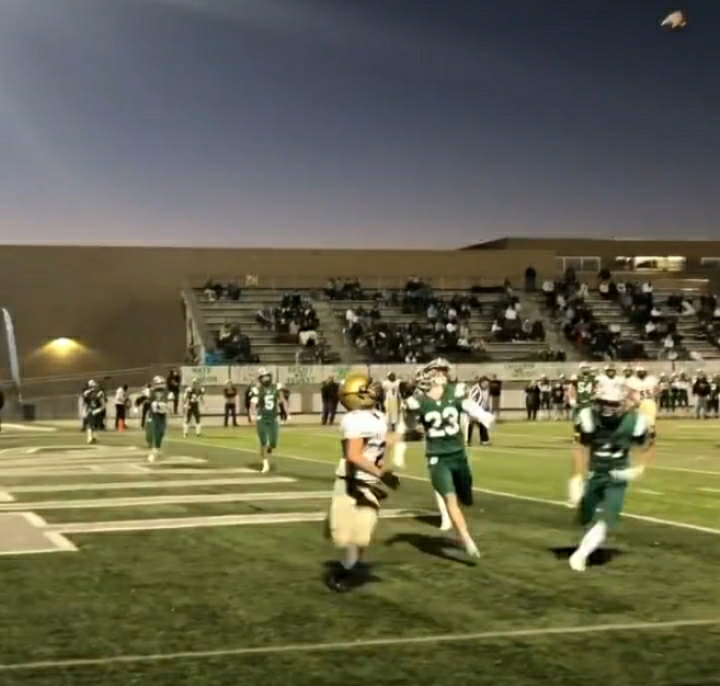 The Skyline-Olympus rivalry is one of the more intense rivalries among Utah high schools, especially when it comes to football. Every year, the two teams compete in the battle for the rock and this year resulted in a very upsetting loss for Skyline.

The two schools are very close, being only about six blocks apart from one another. This results in neighbors, siblings, and friends going to different schools, but still managing to maintain close relationships. Consequently, an intense and friendly rivalry between the two schools has been struck up, and this is possibly best displayed in the annual football game.

The story is told that back when Skyline first opened, the Olympus football coach and the Skyline football coach both hiked up Mount Olympus and brought down a large football-shaped rock. Every year the two teams face off in an attempt to win the rock. The victors of the football game get to take the rock back to their own school and paint it with their school colors.

For the past couple of years, Olympus has held a firm hold on the rock; however, this year Skyline’s football team had gone undefeated and the pressure was on to bring the rock back to Skyline. Needless to say, it was a very intense game. The two teams having extremely close scores throughout the entire game.

By the end of the first quarter, it was 7–0 Skyline, a good start for the Eagles with a lot of hope to finally win back the rock. By the half it was 7–14 Olympus, this is when things began taking a stressful turn. The undefeated Eagles were feeling the heat as Olympus scored two touchdowns in the second quarter. By the end of the third quarter, things had only heated up more

The Titans and Eagles were tied at the start of the fourth quarter, however, in the last ten seconds, Olympus managed to score the winning touchdown.

It was a very hard battle fought by the Skyline football team. With the game being so close, there is a lot of hope and excitement for next year’s game and the potential to return the rock to its nest.