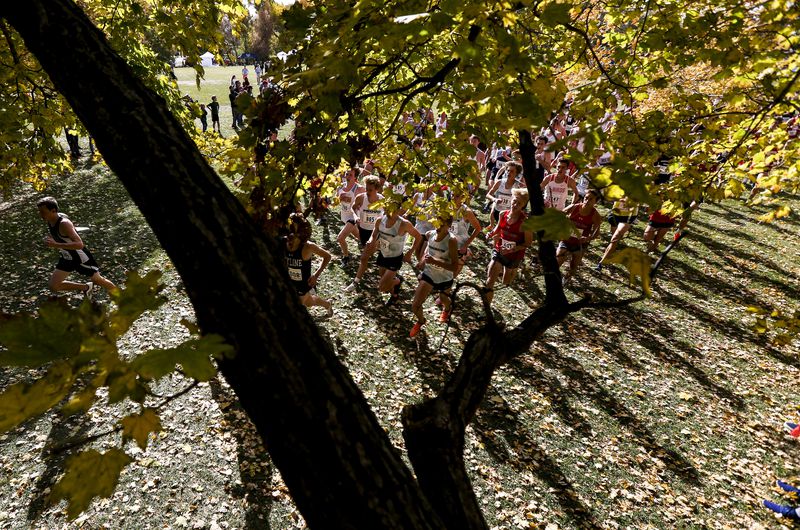 Skyline gathered at Sugar House Park on Wednesday, October 23, 2019 for a state meet.Many other schools attended, including schools such as East High School and Pineview High School. The runners had a ton of support from family and friends, who grouped around the park and wore their school’s colors to show enthusiasm for their team. The women’s meet started at 1:30 pm and the boys at 3:00 pm. The runners started near Sugar House Park and ran towards the track that goes through the park. Luckily for the runners,it was sunny and warm, and there were not very many clouds in the sky.

Overall, the Skyline women’s team came in third place and the Skyline men’s team came in twelfth place out of sixteen high schools. The highest placing girl runner was Blaklee Butler who came in sixteenth place with 19:24.2. Skyline’s athletic star, senior Thomas Boyden, has had a very successful season this year and is now known as the fastest high school runner in Utah. Unfortunately, Boyden took a fall in the meet and did not perform as well as he had hoped to . Boyden will continue his running career at Stanford University after his high school graduation. At the 2019 Utah state meet, the first finisher on the boys’ teams was Max Tokhtuev with a time of 16:45.6. The runners looked very focused on the track, and they all tried their best. The Skyline Cross Country team has been working hard all year. The members are usually required to run every day, and, while the times and distances vary, practices commonly last for several hours. The runners must be dedicated to their team and to running, and they often go to support each other at meets and cheer each other on, even when they are not running in the meet.

The Skyline team did well at the 2019 meet. They earned their success through all the hard work and dedication they put forth this season. The cross country team is a great community where the team members can make new friends and fun memories. They performed well at this years state meet and will keep practicing so they can do even better at next year’s state meet.