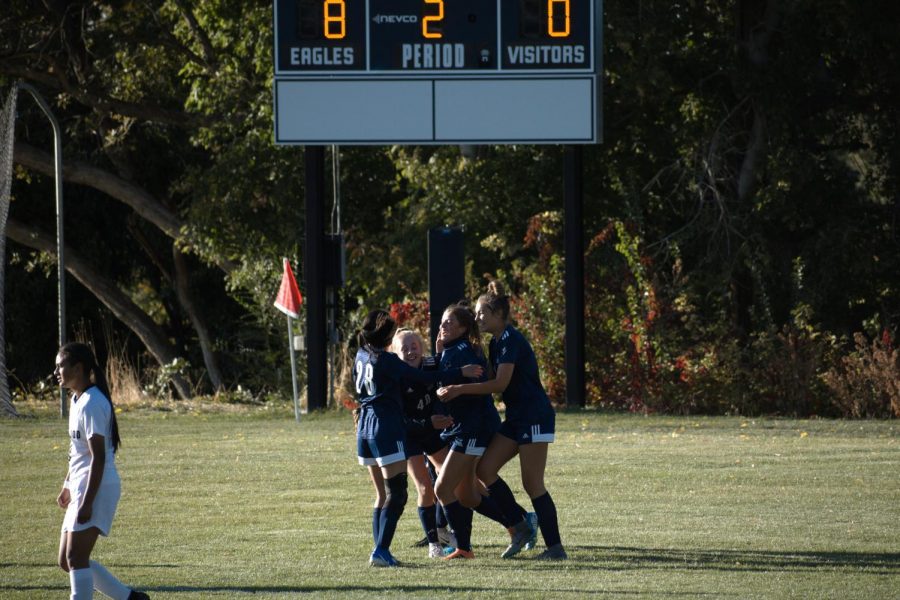 Skyline High School has had a history of excellence when it comes to womens soccer and this year was no exception. Skyline won the state championship title in an enthralling match against Bonneville High School. Skyline player Lilly Kimball scored a goal for Skyline, and by the end of the second half, the score was 1-1, leaving both teams at an even playing field and putting the game into overtime until Skyline player, Ani Jensen, made the final and, what many call the, “golden” goal.

Getting to the state championship level was no easy task; it took tremendous time and effort from the Skyline players. On October 22, three days before the state championship playoff, central defender and team captain, Izzy Wright, spoke about the important aspects of a good team. The first was conditioning: “I think that conditioning is important to being successful in soccer, especially as we get deeper into the playoffs. When it comes down to it, fitness is one of the most important aspects of the game.” Being so important, the team developed their fitness through the extensive running included in their practices and through the pre-season team runs that happened multiple times each week. Wright also mentioned that “the best players take time outside of soccer to improve and maintain their fitness for the best results.” Luckily for fans, Skyline is very dedicated when it comes to their fitness, which helped them to achieve their many wins this season.

Other aspects include the many skills that a team must advance in hopes of winning a state title. Some of the most influential skills include dribbling, settling, and passing. In the opinion of Wright, the most important of the three is passing. She stated that teams who can pass effectively can be the riskiest to play against and “moving the ball by passing drastically increases the speed of play and can be hard to keep up with while defending.” Because of its value, the players take time during practice to develop the pace of their passes, their accuracy, and placement of the ball through “drills and game-like situations.”

Lastly, Skyline players took each game seriously because each one was a step to eventually being considered a state championship contender. The day after the semi-final game, Wright said, “we came ready to play and fought the whole game. We know what we want and we aren’t stopping until we are holding the state trophy.” This determination paid off for Skyline as they did end this season holding the state trophy. Their sacrifices of time and effort resulted in phenomenal success for 2019.