These Neurological Events Occur When Your Team Wins 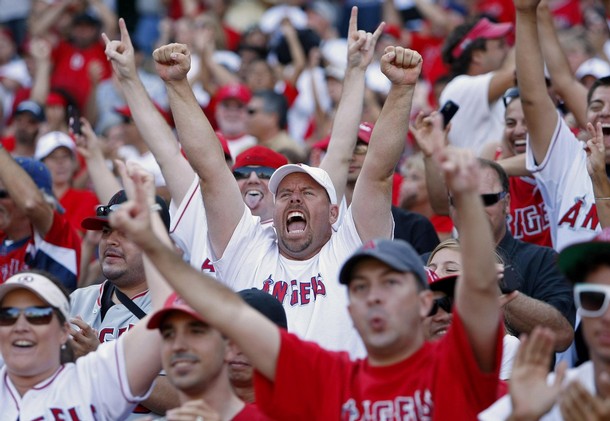 Courtesy of The Sports Fan Journal

A fairly recent study published in 2015 shows evidence in support of the many positive emotional/mental activities that occur in the brain when your team wins a game. While most of the effects are positive, there are also some dangerous effects that can occur, due to the nature of competition. While not every fan feels the effects, there is a strong agreement among researchers that when your team wins, a lot of neural activity occurs.

Arguably, the most fascinating effect that can occur is the fact that your food will taste better. Robin Dando, a professor at Cornell University, ran an experiment to prove this. At university hockey games, he gave out ice cream samples at games where Cornell won and when they lost. He found that, overall, students grabbed ice cream more often after their team won the game. When asked, Dando stated: “When we looked at how they responded to these different flavors, in the games where they won, the flavors tasted sweeter and less sour, versus the opposite when they lost”. This is an interesting effect because there is not much of an explanation as to why this occurs.

Another, potentially dangerous, side effect includes a tendency to spend more money after a big game ends favorably. There are plenty of reports of increased gambling, betting, and risk-taking that occur after a big game comes to an end, especially a close game. This can lead to longer term consequences that last much longer than these short term effects. Fans of any winning team have an overall tendency to make more financial risks. A game on a very large national scale, like the Super Bowl, can even have an impact on the economy. Daniel Wann, a psychology professor at Murray State University, is aware of the dangerous behavior. He stated: “They’ve done research that shows that sometimes the outcome and the success and failure of national teams can be linked to the economy for a short period of time because happy people tend to spend money.”

When a team wins, fans of the team will likely feel smarter and, overall, more attractive for a short period of time. The pituitary gland releases dopamine, which makes us feel better about our social status and improves our overall mood. Wann had this to say: “Anything that is impacted by increases in positive mood are going to be increased by watching your team win,” he said. “The research is pretty clear that it’s going to boost your mood, increase your happiness, and anything related to that is going to go up.”

Sports are a major part of the worlds’ overall culture. We are constantly watching and playing all kinds of sports and it all happens for the same reason; it is fun. Our brain feels the effects, and fortunately for us, most of them are positive. One of the downsides to liking a team that wins most of their games is that these effects will slightly diminish, as ones’ brain will develop a tolerance to “winning” all of the time.