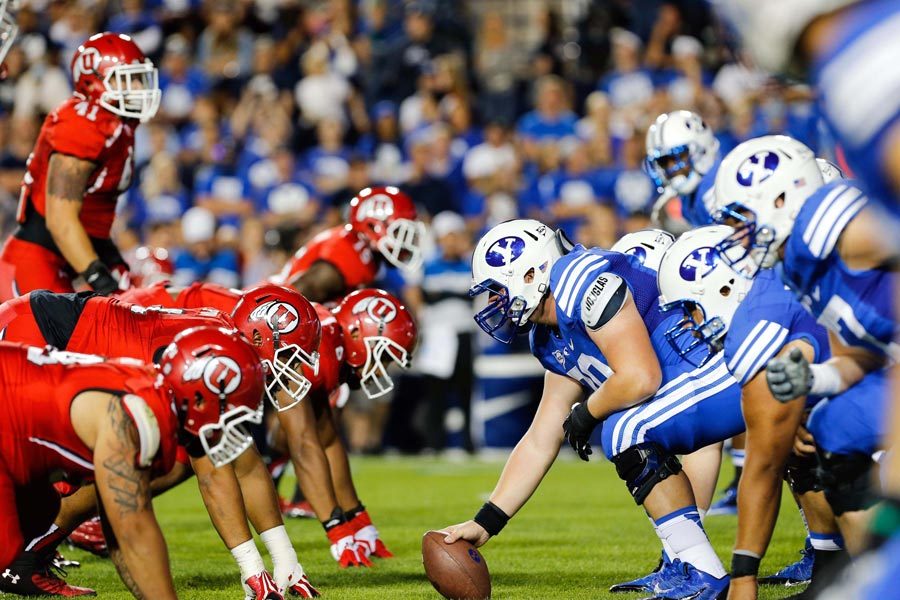 On  August 29, 2019, The Utah Utes beat the BYU Cougars in their season opener for the ninth year in a row. BYU gave up 4 touchdowns to the Utes on their home field in Provo, Utah. The game ended with a 30-12 score for the Utes.

This rivalry season opener grabbed many fans attention. BYU was hoping to win for the first time in 8 years, but Utah’s strong defense was once again too much for them. Kalani Sitake, Coach of the BYU football team said, “This was a competitive game, for the most part. We had a bad string of luck and issues in the third quarter. But you have to give credit to Utah. Their defense was sound. They gave us a lot of good looks. Kyle said this is one of the best defenses they’ve had, and I believe it.”

Like last year, Utah’s offense struggled in the first two quarters, scoring only 3 points on their first two drives, and ending the first half with a small 9-6 lead. The Utes’ Andrew Strauch missed two field goals, ending a 182 consecutive scoring record. By the second half the Utes’ offense stepped up. “Our offense really exerted their will on the defense in the second half, especially in the third quarter,” said Kyle Whittingham, the coach of the Utah Utes.“I thought Tyler Huntley [quarterback]  did a great job of taking care of the football, running the offense and making good decisions.”

BYU had three turnovers that changed the course of the game, two of which led to touchdowns for the Utes. Zach Wilson, BYU’s starting quarterback, threw two interceptions. Upon losing, BYU’s coach, Kalani Sitake said  “Utah’s a really good team. they’ve been given a lot of predictions and accolades and rankings, and they deserve it. I thought we were competitive early, but way too many mistakes. At the end, we were just surviving.”

BYU’s  Micah Simon [wide receiver] and Isaiah Kaufusi [linebacker] commented on what it was like going into the locker room after the game.“Yeah, it’s tough, man,” Simon said. “Isaiah and I have been vocal leaders this summer. You work all offseason for this first game against a great team like they are. You obviously want the best and want the win. It’s going to sting right now but as leaders and as guys were saying in the locker room afterwards is that we have to move on. This isn’t going to define our season. We still have 11 games to play. I feel like we will be a really good team. We just have to continue to come together. I’m looking forward to learning from this game and continuing to battle with my brothers.”